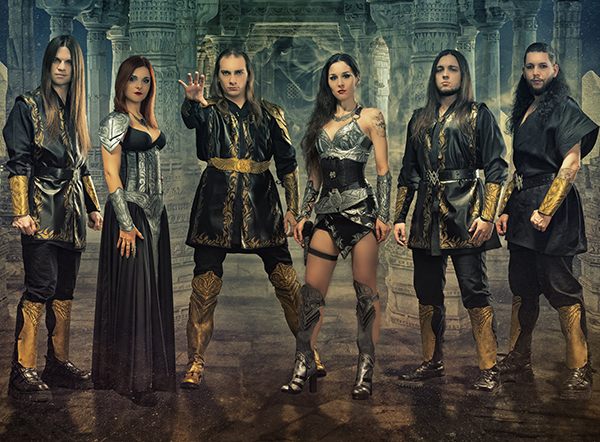 This Boxing Day, 26th December, the Russian Symphonic Metal superpower IMPERIAL AGE are rallying their vast worldwide fanbase for a colossal live show – presenting songs from the upcoming album “New World”, remembering the old hits, and giving everyone a taste of whats coming for the New World Tour – which kicks off on 07 January 2022 in Paris.

Here is the link to the online concert: https://live.imperial-age.com

Inspired by the unexpected success of ‘Live on Earth: The Online Lockdown Concert’ (which was among the first online metal shows of its kind on 25th April 2020 and got the band 38,000 viewers from all continents, 11,500$ in donations and multiple record deal offers), this time IMPERIAL AGE are making things even bigger: a HUGE HALL (5 times bigger than ‘Live on Earth’!) CHAMBER ORCHESTRA & CHOIR, 7 CAMERAS filming in 4K resolution (maximum streaming qulity is FULL HD, but the 4K will go on Blu Ray), excessive STAGE LIGHT SHOW, NEW COSTUMES, live QUESTION & ANSWERS between songs – and of course ALL SONGS FROM ‘NEW WORLD’!

The show is NOT pre-recorded, as many bands do these days. LIVE NEW WORLD is 100% ONLINE REAL-TIME LIVE – happening in real time, as you watch it, without any delays and/or editing, with all its minor mistakes (if they miss a note you will hear it) which make it living, raw and unpolished – just like a real live show.

In fact, the band is going as far as putting a SPECIAL MONITOR SCREEN on the wall behind the stage where YOUR COMMENTS WILL BE SHOWN AS YOU POST THEM – for maximum live effect! And of course there will be a HOST leading the show and the band REPLYING TO COMMETNS & QUESTIONS in-between songs.

Ok… so how much do you think is the ticket for all this huge performance?
Well… its FREE!!!

Times are hard and the band wants EVERYONE to be able to watch the show and to receive their share of energy. IMPERIAL AGE hope to lift the spirits of as many people as possible – around the entire Planet Earth.

However, the costs for such a large scale concert are huge (renting the hall, hiring the orchestra & choir, rehearsing with them, hiring the film crew, the sound, light etc) – and they are coming from the musicians’ own pockets. So if you are in a position to do so, you are welcome to DONATE AS MUCH AS YOU WANT!

The show’s webpage is already live and the donations are open:

!!! As before, the show will NOT BE AVAILABLE for streaming after it has ended. If you want to watch it – you have to be there LIVE. Just like a real live show. However, it WILL be released on Blu-Ray at a later date