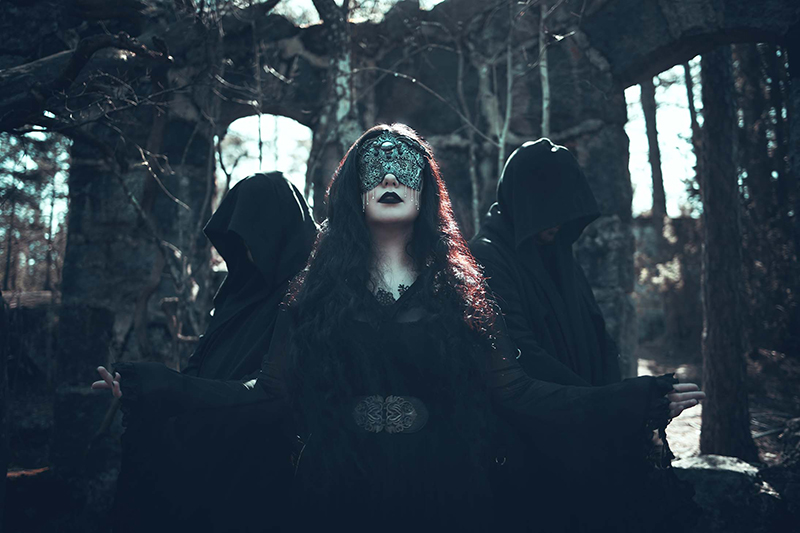 Finnish Doom Metal band Infirmum returns with a completely revamped line-up and an upcoming EP “The Great Unknown” to showcase it.

Today, the band releases the first single titled “Mask” and an accompanying lyric video to set the mood.

Infirmum saw the light of day in early 2019, like a phoenix rising from the ashes.

Emboldened by a creative spark musician Timo Solonen decided to take a risk and embark on a musical resurrection through somber atmospheres creating the band’s first record “Walls of Sorrow”.

Now Infirmum is going through yet another transformation, from a solo effort to a septet, enabling Solonen to take the band’s gloomy approach even further.

The upcoming EP, “The Great Unknown”,  features, therefore, a more evolved sound and takes the band onto a more melodic doom metal territory.

Solonen remains the main driving force behind the music, but with each new song, the new members’ input is becoming more and more clear.

About the concept behind the song Anna Rose (vocals) says:

““Mask” was written as an inner dialogue between the past and present self of an individual who’s come to a point where they realize that their life no longer feels like their own, a person who’s been fighting against themselves for so long that they are no longer recognizable even to themselves.

The way I see it, denying one’s own core being in order to become more pleasing to those around them, then smiling and pretending like everything is fine, is very much akin to forcing oneself to perpetually live behind a mask. ”

“We specifically wanted to keep both the single cover and the lyrics video fairly simplistic and self-explanatory. The lyric video mostly just shows the mask, waiting to be picked up, until someone comes around and does just that.

The setting with the calm sea in the background is meant to put the viewer/listener in a pensive and reflective mood, which I believe is the ideal mood for properly digesting the message of this song. ”