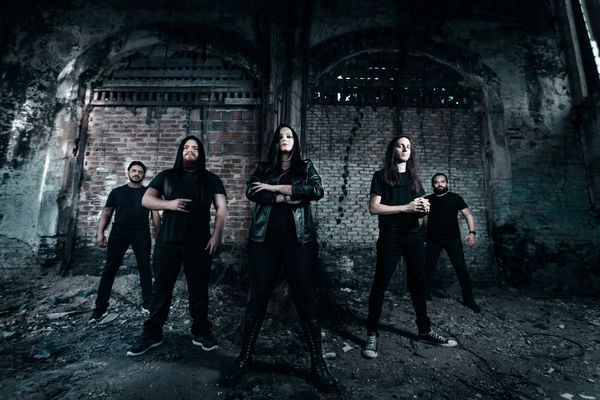 The Brazilian death metal band Invisible Control releases the long-awaited debut album, titled ‘Created in Chaos’, which features eight original tracks mixed and mastered by the renowned Martin Furia, who has worked on Nervosa, Eskröta and BARK albums. Martin was recently announced as the new guitarist for the band Destruction.

“I am very excited to work with one of the most promising bands in the Brazilian scene today”, comments Martin Fúria.

‘Created in Chaos’ is available from today, February 25th, in digital and physical media through the labels Xaninho Discos, Voice Music, Rapture Records and Two Beers or Not Two Beers Records.

The physical album has two different covers created by the artist Alcides Burn and can be purchased via email: vendas@invisiblecontrolband.com.

Presenting a fusion of technique, aggression, melody, and intensity without being bound by labels, Invisible Control has become a solid project and is looking forward to the first release.

The band has also already shared the album’s first single, “Sons of the Damned”.

The song is accompanied by a lyric video created by the artist Alcides Burn and is now available on all streaming platforms and on youtube through Xaninho Discos.

Formed during the quarantine of the COVID-19 pandemic, Invisible Control is a death metal supergroup that unites great musicians from the northeast heavy music scene.

The band debuted during the 6th edition of the “Roadie Crew Online Festival”, where they performed the single “Killing Another One of Us”.

After captivating the audience in the debut show, came the invitation to perform at the great festival Abril Pro Rock 2021 – online edition, where he showed all his talent and energy in a repertoire of three songs.

Revelation of national death metal, Invisible Control that features a woman in front of the vocals, Daniela Serafim, who has an insane vocal range with gutturals and grunts.

With lyrics that address political-religious issues, phobias and torments that afflict the human being, the band is one of the great bets of extreme metal.

Album’s tracklist:
1. Creation of Chaos
2. Killing Another One of Us
3. Purgatory
4. Devoures
5. Invisible to You
6. Cold Blood
7. Sons of the Damned
8. Cursed be