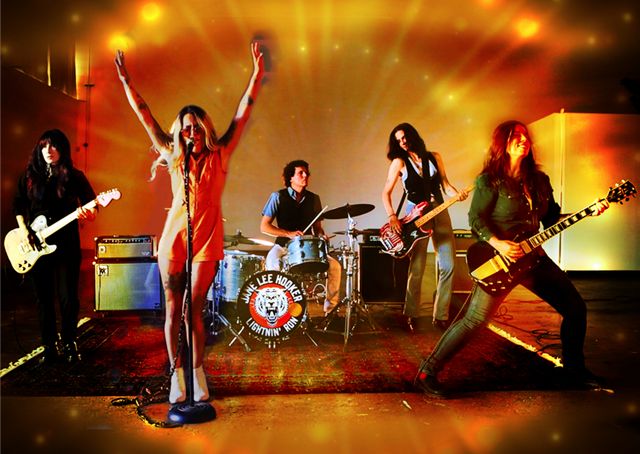 New York City’s Jane Lee Hooker join the Bluebonnets for one night only at Rock and Roll Hall of Fame in Cleveland on August 12th, in support of their new studio album, Rollin’. Doors at 7 pm. Tickets are on sale HERE.

The band has toured extensively throughout the U.S. and just completed another successful tour of Europe. They have shared the stage with acts like the Hellacopters, Turbonegro, Motörhead, MC5, the Melvins, Lynyrd Skynyrd, Deep Purple, Vanilla Fudge, the Allman Betts Band, Samantha Fish, Ben Folds Five and They Might Be Giants.