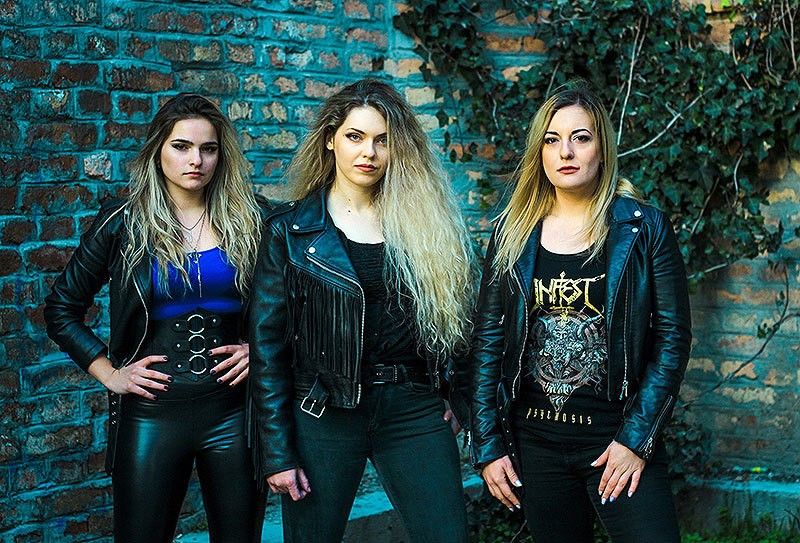 JENNER is a Heavy/Thrash Metal band from Serbia founded in December 2013. The band was
founded as a quartet and played in local clubs covering its favorite heavy metal bands like Warlock, Judas Priest, Grim Reaper…

In 2015 the band recorded its first 2 demo songs “Hear the Thunder Roar” and “On the Judgment Day” and continued working on its debut album.

In February 2017, the band released its first full-length album called “To Live is to Suffer” for the French label Infernö Records. The album consists of 8 fast and energetic songs that were well-received by the audience. The first print run of the album was completely sold out within a few years, making it a bestseller of the label. After promoting the album in Serbia and the region, the band had some changes in the line-up and continued to work as a trio.

In March 2020, JENNER released the second release, EP “The Test of Time” again for Infernö Records. The EP includes two original songs and one cover.

In June 2021, the band released an exclusive limited edition “Demo 2015” cassette featuring two demo songs recorded in 2015 with a live performance of one song, released by Burning Sun Records from Hungary.

In October 2022, JENNER signed to Fighter Records will re-issue the debut album “To Live is to Suffer” in February 2023 while the band is currently active with concerts, and also finishing songs for a new album and will enter the studio again in 2023 to record their second full-length album.

The tracklist for “To Live is to Suffer” is as follows:

The release date for JENNER’s “To Live is to Suffer” will be the 9th of February 2023 through Fighter Records on CD, 12″LP, Cassette & Digital formats.

In the meantime, check out JENNER’s official Facebook site here and watch the official video clip of one of the songs of the album on the following link: https://youtu.be/YnWy81FF61U