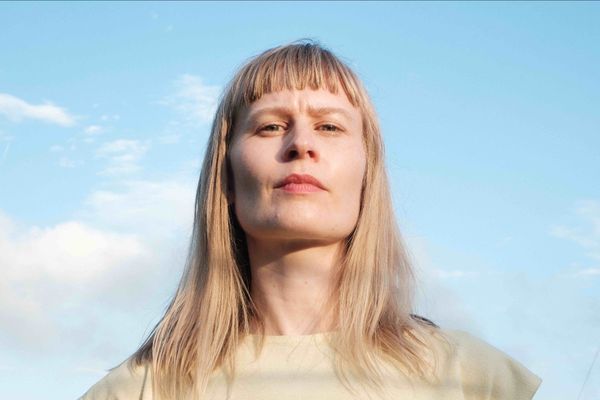 Today, Jenny Hval unveils the enchanting new single, ‘Buffy’. ‘Buffy’ began with Hval improvising on the synth, and the resulting chords express a hopeful loneliness, woven from a repetitive pattern.

“Somehow I improvised some lyrics that referred to Buffy the Vampire Slayer,” says Hval, “probably just because I have watched it many times. I do like the idea that a TV series with many episodes, like Buffy, can be used as a creative and political rehearsal. An episodic form rehearsing overthrowing a dictatorship, a plutocracy, or theocracy?”

Hval continues, “Buffy is not a song about a slayer, a superhero, or feminist icon. If anything, it’s a song about hope, but in an understated and episodic way. Because to me, hope is more hopeful when it is presented in a subtle way.”

Check out ‘Buffy’ HERE or via the player below.

Jenny Hval’s new album Classic Objects, released earlier this year on 4AD, “is Hval at her most approachable, with upbeat tunes and consonant sounds, both acoustic and electronic.” (The New York Times). Surrounding its release, the album received glowing reviews, which extended through the year to “Best of 2022 (So Far)” praise from Pitchfork, Stereogum, The Guardian, Uncut, and more.

Last week, Hval presented a beautiful live video of herself performing two standouts from Classic Objects, ‘Cemetery of Splendour’ and ‘Classic Objects’. The filmed session, recorded intimately at the Flerbruket studio an hour outside of Oslo, offers a glimpse into the magic of Hval’s uncanny, spellbinding world, merging the unreal with the mundane.

Watch the session in full HERE.  It offers a glimpse into what audiences can expect from her current European tour, which extends through the end of the month.