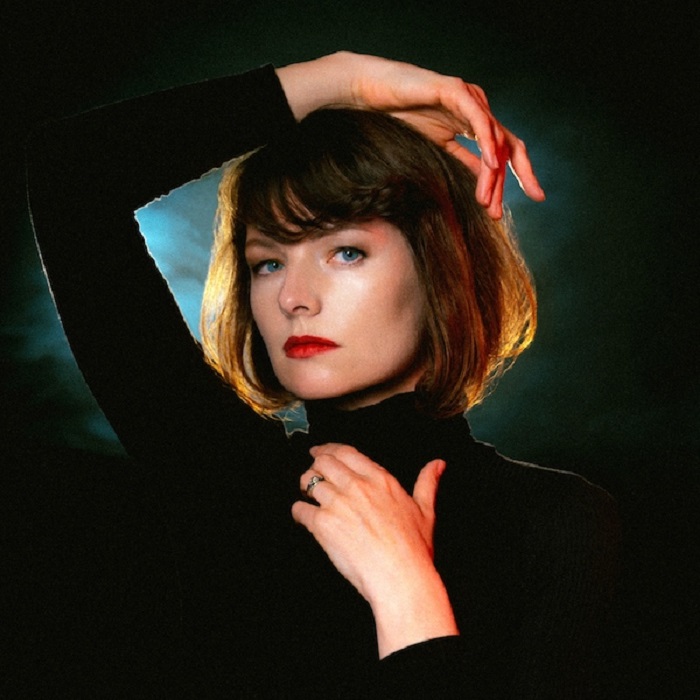 Margate-based, Australian multi-instrumentalist Jorja Chalmers will release her new album ‘Midnight Train‘ on May 28th via Italians Do It Better. The first single from the record “Bring Me Down” is streaming online now.

Speaking about the first single “Bring Me Down”, Jorja said “It’s about the fragility of the perfect housewife.It’s basically about a woman that’s trying to be everything, and is cracking psychologically. It’s got a very haunting melody. There’s something there that’s a little bit beautiful and disturbing about it.”

The accompanying video is a piece of Lynchian performance art, an unsettling one-shot clip that shows a person on the edge. It’s all theatre however, Jorja Chalmers relishes in inhabiting a persona, one that may be entirely divorced from her own experiences. “There can be a healthy separation from using your creativity to make something that is almost like a duplicate of yourself, that you don’t necessarily associate with. If you make something dark, then it’s not necessarily your personality. It can be the opposite sometimes.”

Watch & listen to “Bring Me Down” here: https://www.youtube.com/watch?v=7S3sZoiG20g

Jorja Chalmers enjoys a quiet life. The Australian born mother of two lives in Margate, the Kent coastal town that is turning into something of a cultural hub. Yet there’s another, shadow version of Jorja Chalmers, one that resides in a liminal realm; a saxophonist and composer, a brooding, vampiric, twilight soul who yearns for some sense of aesthetic transformation.

It’s not been a straight-forward path. Burned out following years of classical studies in her native Sydney, Jorja travelled half-way round the world looking for an escape. Settling for some ad hoc office jobs in London, she started kicking around in bands, playing saxophone for a friend’s new wave project. Someone from Bryan Ferry’s team spotted her at some flea-bit bar– soon Jorja started touring the world with Roxy Music.

Jorja’s 2019 debut album ‘Human Again‘ was sketched in hotel rooms across Europe and North America, ideas punched out on down-time between shows. This time round, however, things are a bit more defined. “A lot of those songs are one take jams, it was improvised. This is more refined,” Jorja insists. “It’s a natural progression, this second album. It feels more mature in that way.”

Mixed by Dean Hurley, David Lynch’s music engineer, ‘Midnight Train‘ is a treasure trove of ideas. Indeed, it could well be the album Jorja had waited her entire life to make – aspects of minimalism sparked by a teenager who spent countless hours memorising Michael Nyman’s seminal film score for The Piano, set against cinematic electronics and swathes of huge, enveloping, classical dynamics.

“I want it to sound immersive, like it’s wrapping you in a blanket,” she says. Indeed, she cites Rachmaninoff’s epic work The Rock as a key touchstone on the new record. “It’s something that my parents used to blast out of their stereo when I was a kid. I heard it a million times. It’s strange to be hearing a song that is so dramatic when you’re that young. It’s a beautiful piece. It’s one of those things that leaves an imprint on you.”

At times, ‘Midnight Train’ gets very dark indeed. ‘Rabbit In The Headlights‘ is a squirming piece of jet-black avant-pop, while ‘Boadicea‘ is draped in the blood of the ancient British warrior queen. ‘The Wolves Of The Orangery‘ was sculpted after a Roxy Music show in the Palace of Versailles, and it’s haunted by the oppression meted out to the servants, and the bloody revenge exhibited on the French regal classes. There’s light in those murky depths, however; take her brooding version of The Doors’ classic ‘Riders On The Storm’ – a blood-thirsty slice of dystopian electronics, it doubles as a salute to her father, who built himself colossal speakers to both entertain his daughter and terrify his neighbours.

A finessed, contoured vision of Jorja Chalmers’ undaunted creativity, ‘Midnight Train’ bristles with ideas. Breathy saxophone undulates on ‘Nightingale‘, her homage to Yellow Magic Orchestra founder Haroumi Hosono, while mournful closer ‘Underwater Blood’ echoes the intensity of Goblin’s work on the Suspiria score, or even John Carpenter’s cinematic endeavours. “I grew up watching lots of movies. I was obsessed with the Terminator soundtrack. I remember hearing that for the first time, and just knowing my tastes were going to be changed forever.”

‘Midnight Train’ feels concise, sharpened, ready to pounce. Cannibalising her influences, Jorja Chalmers has been able to pursue her creative appetites to their most extreme. Yet even at its most challenging, her bold new album revels in the sheer joy of creation. “Making this album was really freeing,” she explains. “I loved writing this album. I always write in the same way, but I think that lockdown provided me with lesser distractions. Writing is such a personal thing for me – being in your little cave, and creating. That’s the beautiful moment for me.”