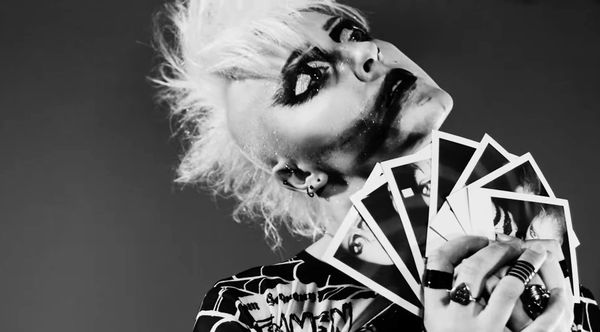 Hailing from Detroit, Josie Pace is set to release her stunning 11 track album IV0X10V5 on the 4th February. Lead single ‘Storm and Stress’reaches the public on the 7th January. It is an understatement that Josie introduces a new image of ‘rocker chick’, her music captures the celebration of female empowerment and a roaring sense of strut and sass.

Josie Pace’s music represents a piece of her solitude. The blistering glow of downtempo post-industrial beats, electro-pop melodies and layered soundscapes are home to Josie’s captivating lyrics; she is a songwriter in the purest sense. The result is a pulsating sound that will haunt you with vulnerability while basking in Josie’s world of self-reflection and unapologetic rock and roll attitude that Detroit is legendary for.

​When musician and producer Ken Roberts saw an acoustic performance of Josie he was blown away. The raw and intimate performance captured the one thing all songwriters strive to achieve: believability. The two started working together with Josie’s songs as the foundation.

As an accomplished guitar player, Josie moulds and refines her songs acoustically only to tear them apart and rebuild them with Roberts’ grinding synths, unique production style and the addition of Mark Damian’s live drums.

Songs quickly formed into a unique sound that pulled from the likes of Depeche Mode and Nine Inch Nails yet contained a high art fashion swagger as if you just bumped into David Bowie at a Halston Party.

From the beginning, the style and the art of the music have been just as important as the melody and soundscape. Josie’s latest music video “Pure Morning”, featuring another collaboration with fierce femme fatal Sammi Doll (IAMX and Kat Von D), draws audiences to her unique brand of electronic rock and visual artistry.

That theme continues with the videos for “Perfect Replacement” and “Fire” where fashion and desolation hold hands with Josie’s in-your-face performance. The singles “Underestimated”, “Storm and Stress” and “Future” all test Josie’s artistic style and the ever present desire to give her audience something fresh, new and authentic.

The upcoming album “IV0X10V5”, is to be released on Negative Gain Productions in February 2022.

Josie carries the same commitment of style and artistry to her high-energy live performances. She has shared the stage with Combichrist, Powerman 5000, Stabbing Westward, Tim Skold (Marilyn Manson, KMFDM),Daniel Myer (Haujobb, Architect) and Davey Suicide and has also performed successful headlining shows in New York, Detroit, and Los Angeles. With future songs and videos in the works, Josie Pace will continue the legacy of great Detroit Rock and Roll.