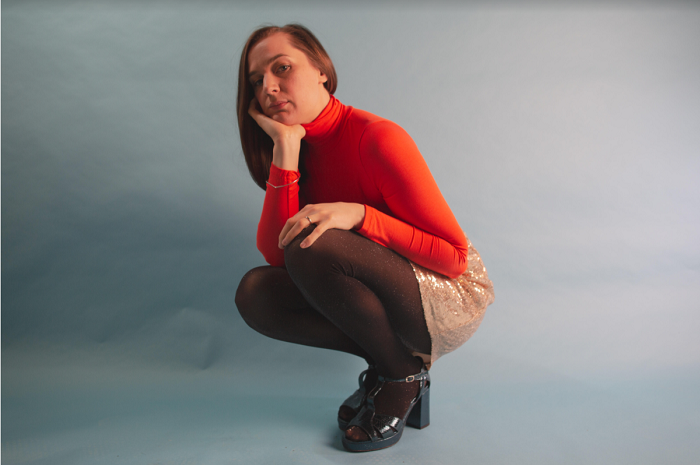 For the first time since her early beginnings, Josienne Clarke is flying solo. No label, no musical partner, no producer. Clarke is in complete control of her songwriting, arranging, producing, release schedule and musical direction. A Small Unknowable Thing, Clarke’s second solo album will be released on August 13th via her own label, Corduroy Punk Records. Today she has shared the first taste of her new album and new sound in the form of defiant new single. ‘Sit out’ is frustration and defiance in sonic form. “All you stand for / Makes me want to sit out” she sings over thick, driving guitars and an almost Beastie Boys-esque drum beat. The heaviest moment on the album, ‘Sit Out’ sees Clarke fully let rip.

Despite writing a plethora of critically acclaimed songs, winning a BBC Folk Award, opening for Robert Plant on his European tour, playing prominent slots on some of the UK’s biggest festivals and even taking a leading role in The National Theatre’s revival of Timberlake Wertenbaker’s Our Country’s Good (after being personally chosen by Cerys Matthews no less), Clarke felt daily self-doubt as a result of an industry that variously gas-lit, put-down, questioned and othered. It’s an experience the vast majority of women making music today can identify with. A Small Unknowable Thing is, at least in part, about recognising there are still existing structures to keep women in their place – but it’s also about having the courage to break those structures down too.

“I realised that I had to be so explicit in explaining how much I’d done in order to get credit for it,” Clarke explains. “I started saying ‘No, actually, I did all of this, can we put my name on this thing?’ It’s really resisted – it’s as if I’m being an arrogant megalomaniac for wanting the credit for stuff that I did. Now, I just do it all by myself. If there isn’t another name on it, then there can’t be a misappropriation.”

After leaving her label, musical partnership and home (Clarke moved to a small village on the outskirts of Glasgow with her husband), she started afresh. Gradually, as she slowly began to write and record once more, the album’s narrative arc emerged and Clarke found herself again. “It’s an empowered narrative, not a weak and vulnerable one,” Clarke says of the album. “It was a conscious decision to walk away from my career as it was and there’s a positive message on this record: there’s a lot of reclaiming the narrative.”

Like Clarke’s other albums, A Small Unknowable Thing also travels from despair to hope. While the themes might feel familiar to her many fans, the musical journey will not, with Clarke taking in a wide range of new and diverse influences across the album’s 14 tracks – from Adrianne Lenker’s ‘Hours Were The Birds’, IDLES’ ‘Colossus’, Radiohead’s ‘Airbag’ to Phoebe Bridgers ‘Garden Song’, The Beastie Boys’ ‘Remote Control’ and Sandy Denny’s ‘Listen, Listen’ and more, the album’s touchstones span a vast musical collage of anger and hope.

“What I’ve been doing throughout my career is pushing the boundaries of the production aesthetic with each project,” says Clarke. “You might pick up one album and then you hear something really kind of folky and acoustic and then you listen to this one and almost every single guitar in it has some slight level of distortion on it. I didn’t want this one to be soft, acoustic, folky and gentle. I didn’t feel gentle, I didn’t feel soft: there is a lot of anger in there.” Letting rip about her treatment – and that of other women – in the industry clearly comes from a place of pain, but her decision to believe in her abilities, to walk away from the path others wanted her to follow, to demand equality is one that has paid dividends. Clarke sounds the most content she’s ever been in her career.