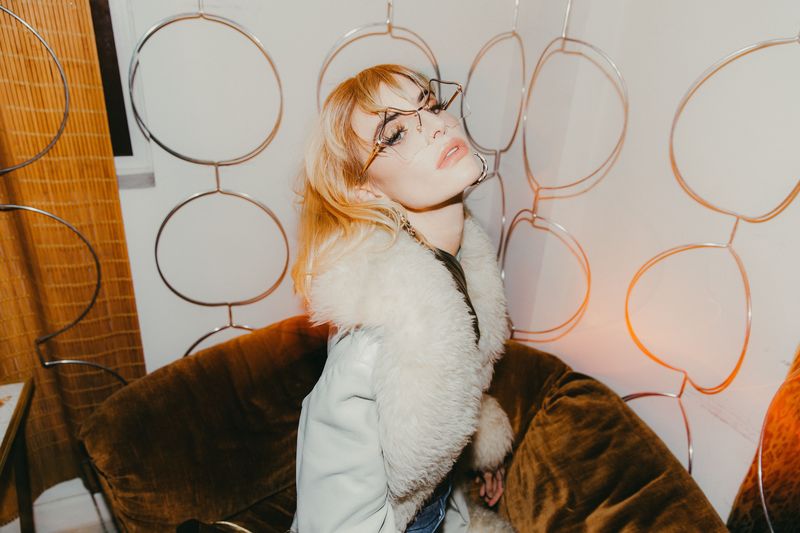 Bluesy rock singer/songwriter Juliet Simms is battling her inner demons in her explosive new single, “100 Little Deaths.” Fans can stream the song and check out the brand new music video, premiering now on NYLON. The song will be available on all streaming platforms starting this Friday, August 23rd.

“This song means a lot to me because it speaks to my experiences with my personal demons and the fight to overcome them. I wanted to create a video that was personal to me but could also resonate with others,” shares Simms.”I see the struggles that so many people battle with everyday and I wanted to share a piece of myself with them. Life is made up of failures and triumphs, convictions and doubt. The key is to find the ability and strength to turn off the destructive tendencies and grow stronger because of them.“

She continues: “My weakness, at the end of the day, is something that has made me stronger and more resilient. The little deaths we all experience while living our lives is a test of our strength, our endurance and ability to keep moving forward. You can let it kill your soul or you can use the death as a badge of honor, rise back up, and become immortal from the kill.”

Juliet Simms has lived a lifetime in her 12 years in the music industry, writing hundreds of songs, releasing 4 EPs and 3 full length albums, producing numerous videos, touring for 6 years, and appearing as a guest vocalist for a host of bands from All Time Low toBlack Veil Brides, Cartel, and Secondhand Serenade. She also placed second on the hit reality show “The Voice,” where she broke 2 Billboard download records for her recordings of “Roxanne” and “It’s a Man’s World.”

Simms’ recording career officially began in Los Angeles at age 16, when she signed to a new record label Umbrella Records. She recorded her first EP with Richie Zito, who produced and wrote for Elton John, the Motels, and Heart. While recording she began promoting her songs through Myspace and her band, Automatic Loveletter, quickly became the top emo band on that platform, attracting attention from several major record labels.

After showcasing for music industry icons like L.A. Reid, Jimmy Iovine, Wyclef Jean, and Don Ienner, she finally signed with Epic Records in 2005. She and her band recorded a full length album with Matt Squire – later released as the EP Recover. With the music industry change over to digital downloads from 2006-2008, she ended up leaving the struggling Epic Records in 2009 and stowing away on the Vans Warped Tour with her guitar in hand. In 2010, Juliet signed with RCA in USA and Sony in Japan, where she filmed the beautiful music video for “Story of My Life.”

The story of Juliet’s life has been as exciting as it has been difficult. Often the only female in the room, whether in a recording studio or on tour with all male bands, she discovered that rock and roll truly is a man’s world, but that as a female rocker, the adversity she has faced has made her a stronger and more creative artist with better stories to tell.