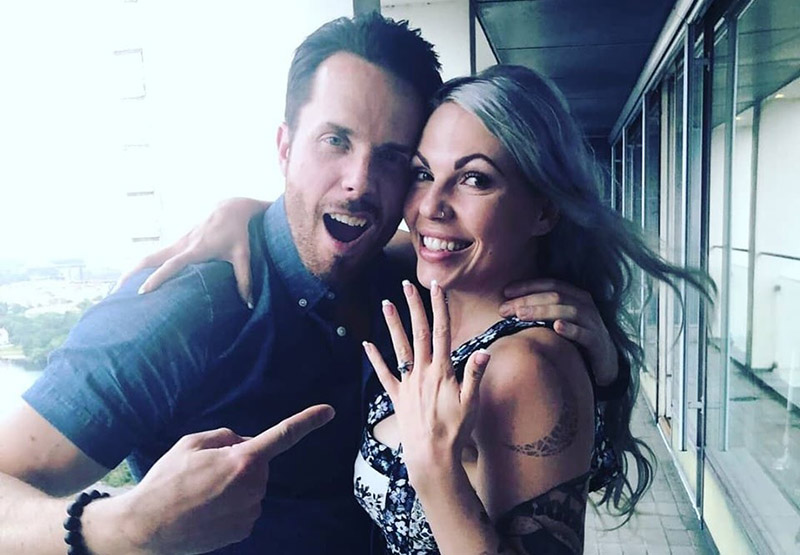 Incredible news are coming from Canada!

The couple announced their marriage last Saturday during a live streaming chat on Facebook.

“We have a little bit of news. We were gonna announce it… We thought it was kind of a fun time to say it with you guys, ’cause you’ve chosen to spend your time with us. We did get married. We’ve tied the knot officially. It was over two weeks now, which is crazy. It was April 4th — we got married on April 4th. Tommy is stuck here in Canada and the wedding was supposed to be in August. But because of everything going on, we had to move the wedding to next year. So we decided, because he’s here and we’re ready — there’s nothing holding us back; it was just the prospect of having our families together that mattered the most. We luckily were able to gather everybody on Zoom. We had my brother in Toronto, my sister in Calgary, his family all across Stockholm and their homes, and my grandparents, of course, in Calgary. And we got married. We’re with my parents right now here on the coast, so it was just us two… But it was very intimate” – so Kobra speaks openly to her fans.

Tommy adds: “It was beautiful. It was not what we had planned. Also, that’s why it was so beautiful, because it was very raw, very honest and very unprepared and emotional. It was awesome.“

The couple got engaged last June.