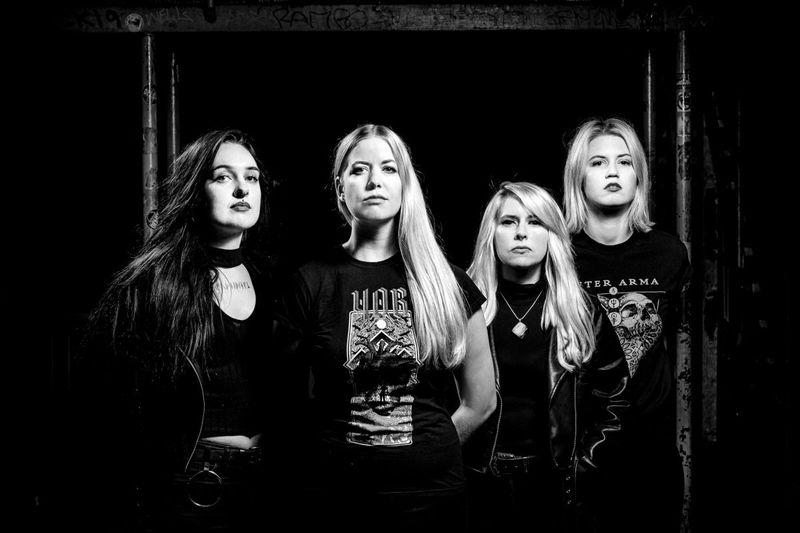 Puritan Masochism due out in January 2020 via Napalm Records

Could Copenhagen become the new death doom capital? If so, one of the main reasons would be Konvent! Founded in 2015, the collective stoically trudges through the blackest mires – following in the footsteps of Mythic, Paradise Lost, Skepticism and Winter, who all unleashed the bleakest horror on mankind in the early 90s. Rikke Emilie List`s guttural vocals and tenacious riffing combined with menacingly heavy production make the debut by these four Danish women a massive, extreme metal highlight of early 2020 – and it wouldn`t come as a surprise if their upcoming album, “Puritan Masochism“, conjures up a deserved revival for the whole death doom genre! Set for release on January 24, 2020 via leading rock and metal label Napalm Records, today Konvent are serving up a brutal appetizer with their first single and music video for the album title track, “Puritan Masochism“. Watch it right HERE:

“Puritan Masochism was the first song written for our debut album“, the band explains, “It’s about how humans have the tendency of working against ourselves, negatively comparing ourselves to others and setting unattainable goals, sometimes without even realizing it“.

“Puritan Masochism was the first song written for our debut album“, the band explains, “It’s about how humans have the tendency of working against ourselves, negatively comparing ourselves to others and setting unattainable goals, sometimes without even realizing it“.

Konvent continue: “Our debut album, Puritan Masochism, is the result of two years of hard work. During the process of the songwriting, we were inspired musically by both death, black and doom metal, as we aimed to give this album a broader sound than our demo back in 2017. The lyrics are inspired by the fight of regaining control when surrounded by chaos of different forms, which everyone may be affected by at some point in your life“.

Following their 2017 demo and highly acclaimed festival appearances at such as Aalborg Metal Festival, Metal Magic Festival and Copenhell Freezes Over in 2018, Konvent not only inked a worldwide deal with Napalm Records, but their mesmerizing mix of death and doom also led them to the big Danish stages, when they played both Copenhell and Roskilde Festival. While rapidly stepping out as one of Europe’s best kept death and doom secrets, 2020 will finally see Konvent release their hotly anticipated debut album, “Puritan Masochism“, which was recorded live in Lasse Ballade’s studio in Copenhagen over a period of two weeks.