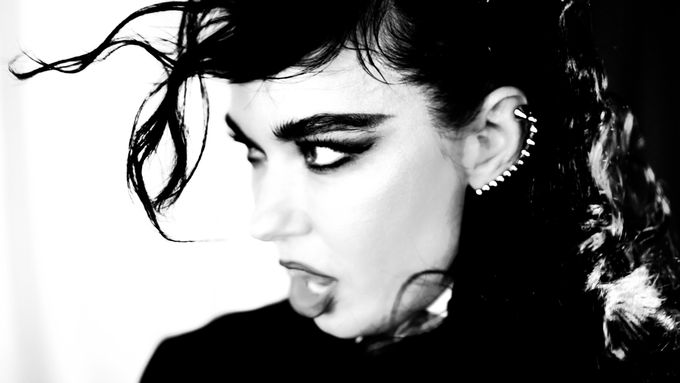 Avant-rock singer KRISTEENYOUNG plans to take listeners on her most experimental and emotional journey yet with the release her ninth album THE SUBSET on September 4, 2019. KRISTEENYOUNG’s energetic blend of hard-hitting instrumentals, operatic vocals, and raw, incendiary lyrics gives her music a theatrical flair that helps elevate its urgency, which is showcased perfectly on The SubSet.

“The album has a pretty wide scope of styles so I hope people can get lost in it and really have an experience.” Kristeen says. “When I was writing it I was trying to remember what it was like when I just LOVED music and had no knowledge of any other part of the music business or world. I wanted it to sound fresh and naturally moving, like when I was a kid, but at the same time speaking on the now.“

To celebrate the album release, Kristeen will be playing select residencies this fall in NYC (September 4th, 11th, and 18th at Berlin), Los Angeles (Every Monday this October at The Satellite), and San Francisco (October 9th, 16th, and 23rd at The DNA Lounge). Kristeen will also be heading overseas to London to play shows on November 6th (at Paper Dress Vintage), November 13th (at The Victoria), and November 20th (at St. Paneras Old Church).

The SubSet marks the first time that Kristeen has fully self-produced a record on her own. “I wrote, arranged, produced, mixed, and played almost every instrument except live drums, which were played by Jefferson ‘Baby Jef’ White,” explained Kristeen. “It was important to do this one by myself. Even though I have co-produced most of my albums before, people will still ‘forget’ to include my name when they are talking about who produced the albums. And I think it’s because the other co-producer was male and famous. I thought I would take that option of a mistake out of the equation for people.“

The attention-grabbing first track/future lead single “<” (pronounced “Less Than”) highlights KRISTEENYOUNG‘s eccentricities perfectly thanks to dissonant pianos, tribal drums, a groovy bass line, and Kristeen’s trademark dramatic performance. The song is heightened even further by claustrophobic backing vocals and screeching synths during the chorus. “It’s about how certain people like the status quo, like to keep other people lesser than them” Kristeen notes.

“This isn’t only a rich, ruling class situation. I used to experience it as kid in my working class neighborhood and from my foster parents. They don’t want you to be different from them and certainly not (what they see as) rising above. I think the verse that goes ‘You want me and my sexuality under your authority, with babies, or old and deplete, slowly and serially killed, holding me down ’til I’m chilled, cutting parts off me until I’m the fill in the landfill. You want me less than’ is particularly fitting to what’s going on in our culture right now. I think it’s in the forefront of every struggle.”

Other standout tracks on the album include the adrenaline pumping and bass heavy dance-rock track “In 3rd Grade We Learn DiVision,” the mystifying and dramatic “The Bold One,” the ethereal and hypnotic “Pretty TwoGether,” and the acapella (Sans some spare wind-chime instrumentation) yet extremely personal life reflection “Marine Dadd”.

Kristeen started out in music with the goal of showing how powerful and dangerous a piano can be. This resulted in her 1997 debut album Meet Miss Young and Her All Boy Band. In the early 2000s she began working with Grammy award winning producer Tony Visconti (David Bowie, T.Rex, The Damned) starting with her 2003 record Breasticles, which featured a duet with the late David Bowie himself, “Saviour”. On 2004’s X, the opening track “No Other God” was a duet with Brian Molko of Placebo. On her 2009 record Music For Strippers, Hookers, And The Odd Onlooker, she collaborated with Patrick Stump of Fall Out Boy on the track “That’s What It Takes, Dear.” She also performed on The Late Late Show with Craig Ferguson in 2014 with Dave Grohl and Pat Smear of Foo Fighters fame as her backing band.