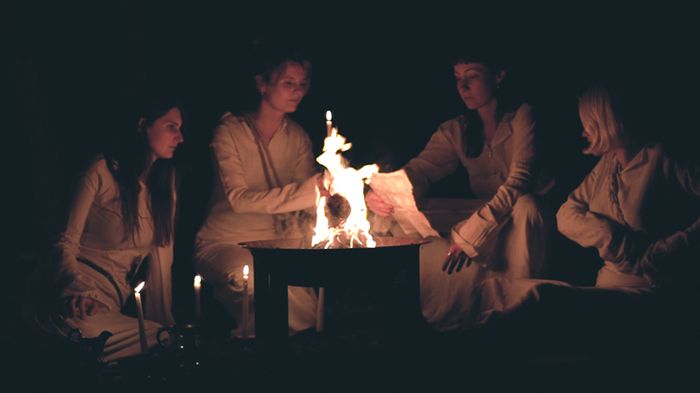 Meeting in the queue for Pets at Home on London’s Old Kent Road, Alexa Daly, Jenny Wells and Jess McGill, three pet owners with a shared taste for experimental post-punk, started playing about with the instruments they had lying around. Through a serendipitous phone call a couple of years later, drummer Heather Britton joined the band with a multi-instrumentalist gift, which glued the four together to become Krush Puppies.

Today they release their debut EP Love Kills The Demons via the Sports Team owned Holm Front Records. It’ll include singles ‘Throw Me On The Fire’ (here), ‘Why (video here), and the title track (video here).

Love Kills The Demons is half and half songs they’ve been playing live and new ideas, with melodies and crescendos fused alongside each other’s thoughts and ideas without ego. That’s what their debut EP is about; supporting, encouraging, and celebrating those you care about.