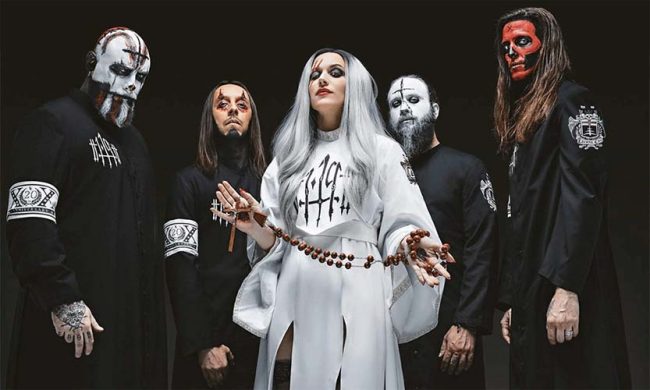 Italian metal giants LACUNA COIL release their new live track and video for “Veneficium” today via Century Media Records. The track is off the band’s forthcoming live album, Live From The Apocalypse, which is set for release on June 25th. Watch the live video of “Veneficium”, HERE.

“Veneficium is the painful and fierce scream that rises from the darkness. Another day has born and has new hope in it, the poison inside has been defeated and a new refreshed and healed life can start again,” states Lacuna Coil frontwoman Cristina Scabbia about “Veneficium”. Live From The Apocalypse is the fruit of an unprecedented time. Unlike previous live efforts the Italians, under the yoke of the pandemic, cleverly devised a way for their devoted fan base to hear and see them on stage by organizing a special live stream event performing their latest album, Black Anima, in its entirety this past September 2020.

By all accounts, this was no ordinary gig. Even though LACUNA COIL were in their hometown of Milan—at the famed Alcatraz Club—there were no fans to greet them. No roar of anticipation; No claps of adulation; No interaction with the people who had become deeply involved in and had a profound love for LACUNA COIL’s music and live shows over two-plus decades. The live stream energy was different. It had to be. With hearts on their sleeves, cameras rolling, and the world tuning in online, LACUNA COIL brought “Black Anima: Live from the Apocalypse” to life.