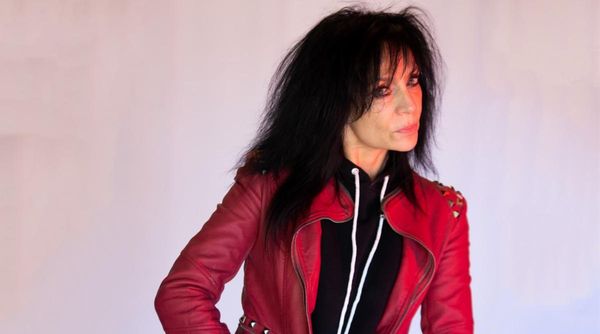 New Solo Album “We are the Chosen“

Steamhammer/SPV is set to end this year’s summer break with a spectacular coup, heralding an exciting autumn 2022 season: American metal vocalist Leather Leone has recently signed with the Hanover-based label and is ready to release her latest solo album “We are the Chosen“ on November 25, 2022. A lead single is scheduled to arrive on September 23, featuring the first new solo songs by the legendary metal queen since her 2018 release “Leather II”.

Leather Leone already caused a sensation in the 1980s as frontwoman of Chastain, the band of guitar icon David T. Chastain. Together with him, Leone has produced a series of successful albums up to the present day, some of them for US talent scout Mike Varney’s imprint, Shrapnel Records. She has also released successful recordings with Malibu Barbi, Sledge/Leather, among others, and as a solo artist.

Leone comments on her signing with Steamhammer/SPV: “I’m really happy to have signed with one of the world’s most prestigious rock and metal labels. I’ve known label manager Olly Hahn for years, and when Larry Howe from Vicious Rumors strongly recommended that I should play my new material to Olly, it was just a small step to signing with the label.”

Steamhammer’s label manager Olly Hahn is also delighted with his latest successful signing: “As a long-standing Chastain fan, I’ve always loved Leather’s vocals. Her new album is impressive proof that she still has one of the best voices in heavy metal. I’m thrilled that she’s chosen Steamhammer and am sure she has lots of exciting stuff up her sleeve.”