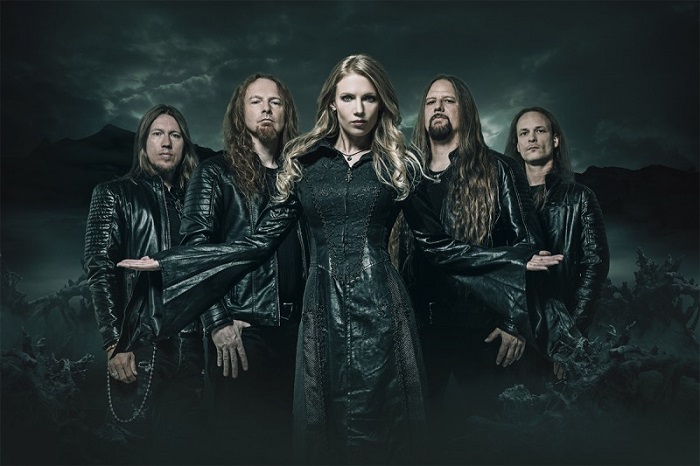 As a first jewel, the band just recently presented a stunning acoustic version of the LEAVES‘ EYES classic and 2015-album title track “King Of Kings“ which was originally recorded with former vocalist Liv Kristine (Listen to the track HERE!).

Now, the five-piece has shared another beautiful pearl, a piano version of “Dark Love Empress”!

Says vocalist Elina Siirala: “Dark Love Empress is one of my favourite songs to play live! It’s such a dynamic song with powerful lyrics and this combination gave a perfect canvas for creating a more delicate version of it. It felt very natural to play the piano arrangement as the song gives me so many visual images alongside the musical inspiration. This piano version brings out a whole different side of the song also vocally and that’s one of the reasons I love making acoustic versions of our songs.”

LEAVES‘ EYES were formed in 2003 and released eight incredibly successful studio albums, nine EPs, various singles, one live album, several DVDs as well as a Blu Ray, and belongs to the spearheads of their genre. Their latest record, The Last Viking, was released in 2020 via AFM Records. Watch out for many more song jewels to follow!