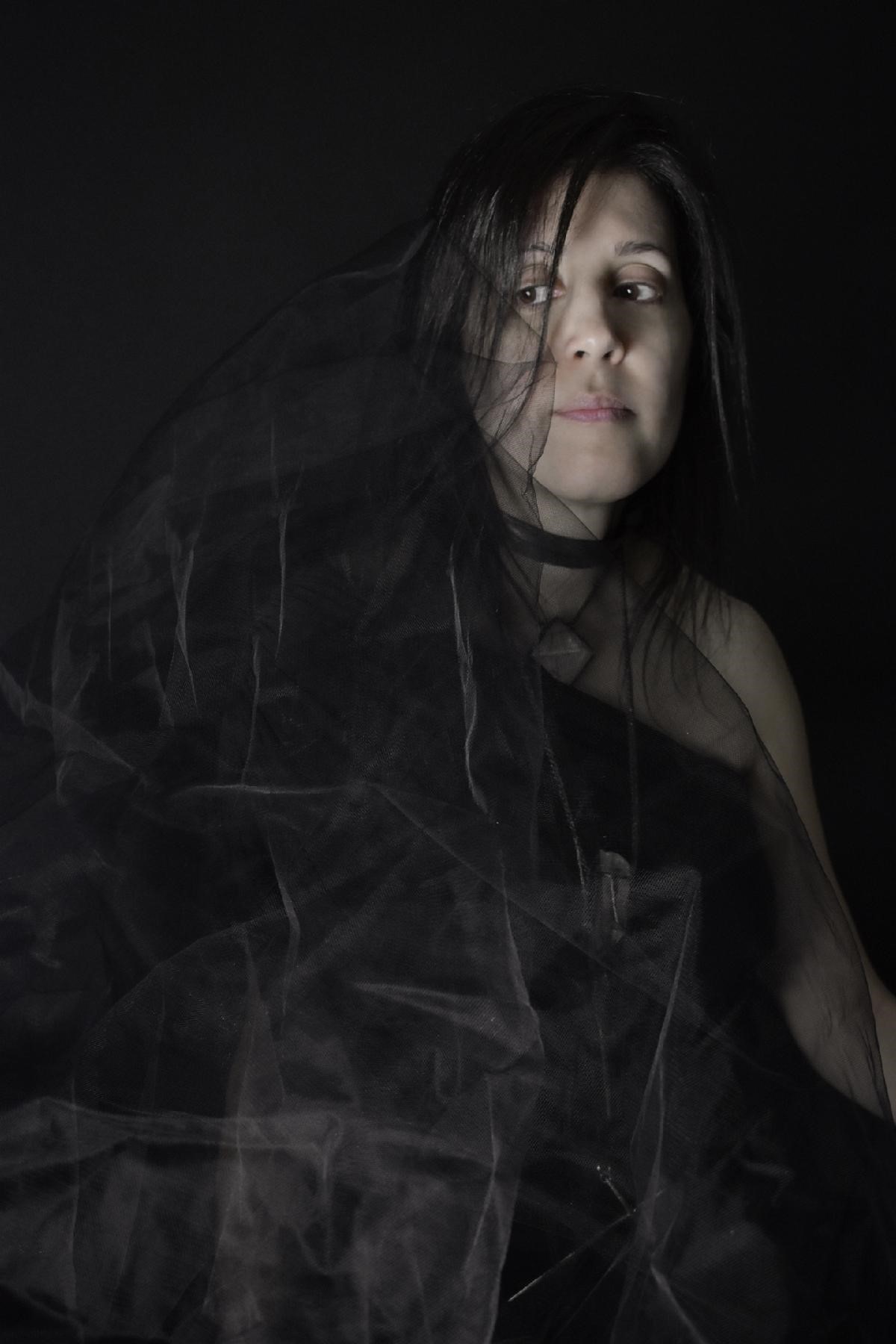 LEILA ABDUL-RAUF has been a key member in dozens of musical entities since the 1990s, including Vastum, Ionophore, Cardinal Wyrm, Fyrhtu, and more in recent years. Over the past eight years she’s showcased her talents as a multi-instrumentalist through four varied solo efforts, and in July of 2021 she released her most haunting, ominous unaccompanied album yet with Phantasiai. Weaving layered textures into drifting filmic compositions, the album conjures dreamlike, ambient hymns while channeling ethereal melancholy. Far more brooding than prior solo outings, with a deep sense of romanticism and dark classical inspiration, Phantasiai showcases another new direction of exploration of this vastly prolific musician.

Mastered by Cyclic Law and bearing stunning cover artwork by Matthew Jaffe and graphic design by Heresie Studio, Phantasiai was fully composed, recorded, and produced by LEILA ABDUL-RAUF, who writes, “After what’s felt like an eternity, vinyl copies of Phantasiai have been released from pressing plant captivity and are now available and shipping worldwide from Cloister Recordings and Cyclic Law. Times are dark and always have been. May Phantasiai pull you into the suffocating comfort of its Abyss, only to thrust you back into the terrible and piercing pain of Light.”

LEILA ABDUL-RAUF will join Ludicra, Repulsion, Suffocation, Cryptic Slaughter, Creeping Death, Mantar, Acephalix, Panopticon, and many others at Northwest Terror Fest in Seattle this weekend. A hometown record release show for Phantasiai has also been confirmed for July 20th in Oakland. Additional live performances are also being scheduled for the months ahead, including a Northeast US run being booked for the Fall. Watch for updates to post shortly.