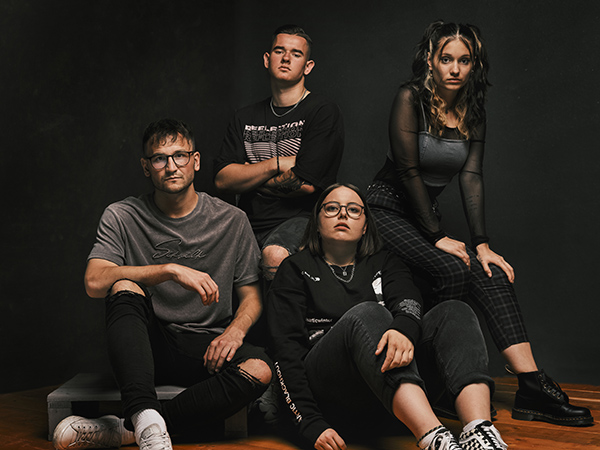 Hassle Records is stoked to have the band in its family and to announce the brand new EP Fire In Me. Don’t sleep on this one! Listen to the huge new single Born to Die here:

The physical vinyl version of the Fire In Me EP includes fan-favourite Misery Loves Company, featuring guest vocals from Being As An Ocean‘s Joel Quartuccio, and previously only available digitally.

Also included on the physical version only is the original and un-released ‘LSH Version’ of this track, with Emily’s sole vocal.

Limited to a clear vinyl pressing of just 200, the EP is available to pre-order now for a 2 December release.

As a special touch, all copies of the vinyl are both hand-numbered and hand-stamped by the band.

The German alternative / dark-pop quartet formed in 2017 and come to Hassle on the back of 2 early EPs showcasing the band’s modern yet non-conforming sound and strong lyrical influences. Rumour has it they are already working on their debut album, but this EP is a fine, fine introduction to a band we hope you’ll be as excited about as we are for 2023.

Thanks for supporting independent music.