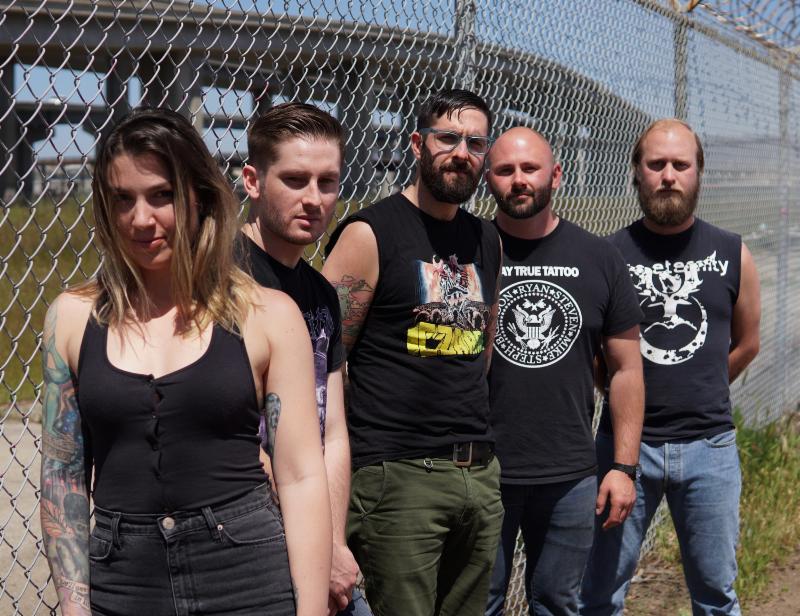 Bay Area melodic death metal outfit LIGHT THIS CITY embarks on their short tour through the Southwest US today, continuing to tour in support of their acclaimed Terminal Bloom LP, released last year through Creator-Destructor Records.

After several tours throughout the US and Canada, as well as their first tour of Mexico, and a recent tour of Japan, LIGHT THIS CITY now takes off through the Southwest US. The seven-date tour runs from July 30th through August 5th. Following a one-off in Fresno, after which the band will meet up with Redwood City-based symphonic death metal outfit Crepuscle, who will provide support for the next six dates — Phoenix, El Paso, San Antonio, Corpus Christi, Austin, and Houston – advancing their impending album through Creator-Destructor.

September sees LIGHT THIS CITY making their long-awaited first tour of Europe. The band’s European Bloom Part 1 trek will begin September 12th and run through Germany, Denmark, Holland, Austria, Italy, and Switzerland, coming to an end on September 21st. Watch for additional tour dates to be announced in the months ahead as the band continues to book new ventures.

Terminal Bloom, LIGHT THIS CITY‘s first album in a decade, boasts ten tracks that capture their tendency towards extreme melody and intensity, honoring the Swedish sounds of the ’90s. Having spent the past decade performing and touring in numerous other bands, the five members of LIGHT THIS CITY have only honed and shaped their skills and musicianship since their 2008-releasedStormchaser. Terminal Bloom was recorded from December 2017 through February 2018 with Zack Ohren (Suffocation, Cattle Decapitation, Fallujah) at Castle Ultimate Studios in Oakland, California, as with their previous four albums, and is wrapped in the vibrant cover artwork of Tony Midi.

See the LIGHT THIS CITY’s official video for “Agents Of Fate” and more via YouTube RIGHT HERE.

Terminal Bloom is available on CD, LP, and digital formats now through Creator-Destructor Records. Find order options at the label webstore HERE and Bandcamp where the album is streaming HERE.

Magazine’s Terminal Bloom review included, “The idea of a band coming back from hiatus after so long can be daunting, but LIGHT THIS CITY have returned with more energy than when they left. Terminal Bloom is the record fans of the band have been waiting so long to hear and the ideal situation for a re-emerging artist.” Revolver Magazine offered, “Having spent the past ten years recording and touring with various side projects… the death-dealers have no time for playing catch-up; instead, the five-piece get right to the melodic, riff-filled goodness we’ve been craving since ’08.” Metal Injection stated, “I was surprised to find that LIGHT THIS CITY have a more varied sound than ever. I worry some will write this band off for their time in the early 2000’s metalcore scene, but this album is waaaaaaaaay more than that.” Bravewords proclaimed, “Channeling the best Sweden has to offer, specifically a whole lot of Arch Enemy with a healthy dose of At The Gates and The Haunted, along with a sprinkling of UK greatness a la Carcass, into a vicious American assault,LIGHT THIS CITY unleash a serious shit-kicking with these ten new tracks. There aren’t enough accolades to bestow upon vocalist Laura Nichol; she’s commanding, ferocious, intense, profound. And her band deserves just as much respect!”