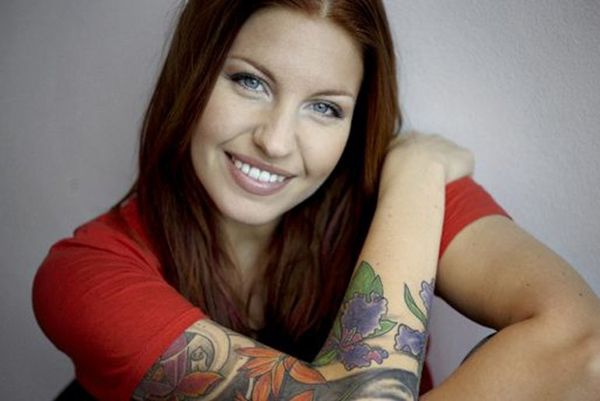 Multi-platinum Swedish artist LINDA VARG has debuted her cover of SKUNK ANANSIE‘s “Weak” today, along with a music video. The track is a unique rendition on the beloved classic that has over 11 million streams on YouTube alone.

LINDA VARG allows listeners to hear this song in a completely new way. Like the original, the song is based on electric guitar, but then Varg and producer Karl-Ola Kjellholm (Tiesto, Sunrise Avenue, Skip Marley, The Band Perry) added synth pads, low bass, drum loops and samples, which, together with the originality of LINDA VARG‘s distinguishing sound, make this track stand out on its own.

“Weak” was recorded at Gainlab Studios in Budapest by Varg and Karl-Ola Kjellholm, and was mastered by Björn Engelmann (Backstreet Boys, Rammstein, Robyn, Icona Pop).

With this cover, LINDA VARG also launches a music video directed by Marina at Moon Motion Films in Sweden. The video is all black and white and sees sexier than ever Varg in a mesmerizing interpretation.

Excited about the release of the new song, VARG says: “I’ve loved Weak since the first time I listened to it! I wanted to make a modern version of the song, first because I knew it would be fun and also a big challenge, since to me the song is already perfect! I love Skunk Anansie and this is my tribute to them!”.

Born in Sweden, LINDA VARG achieved recognition with the pop group SUPERNATURAL that have reached multiple platinum status.She then auditioned and landed a place on the Swedish Idol with her song “Keep Going”, ranking among the show’s finalists that year.

After her success on Idol, she extensively toured Sweden and Germany and released EP “Welcome To Bangville Vol I”, which brought her several iTunes #1 chart positions.