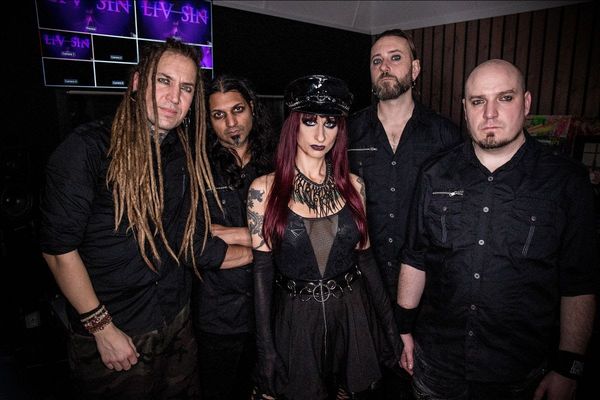 Liv Jagrell has been in the spotlight in the last few months. Her reunion with Sister Sin has brought her to the stages of the main festival across Europe this Summer and, earlier, the single “The Process” served as an appetizer for the upcoming album of her own band LIV SIN.

Now, it is time for a second Liv Sin digital single: “King Of Fools”.

“This song is the first song we wrote for the new album, back in 2020 when we all realized that it would take a bit before the live scene would return”, Liv Jagrell comments about “King Of Fools”. “I had some idea of releasing a single here and there, but it didn’t planned out that way in the end, we decided to write a whole record instead”.

“For the lyrics, this was one of those times when I got upset about something and it turned out as lyrics”, the singer starts, when asked about the lyrical part of the single.

“I think it was in some kind of metal/rock forum where somebody posted how he thought that rock music shouldn’t try to be political or share any opinions, it should just be entertaining and nice to drink beer too, and that definitely pulled my trigger because I feel that as I artist I’ve been given a strong voice and people do listen. I believe it is an obligation to use that voice to try to make the world a little bit better, and I will continue to write about things I feel we need to change or that are fucked up in this world”, Jagrell states.

“King Of Fools” is out today as a digital single and lyric video. A new Liv Sin album is expected to be released in 2023.

The lyric video did debut earlier today via the following media partners: