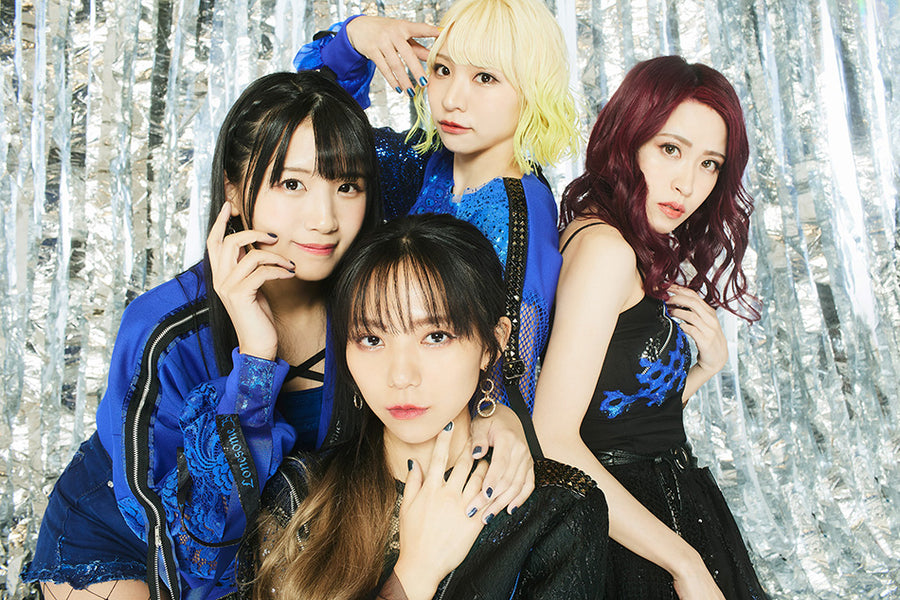 Japan’s “next generation hybrid girl rock band” Lonesome_Blue continues to support debut EP First Utterance with the release of the official lyric video to ‘Labyrinth’, out today.Lonesome_Blue consists of guitarist Narumi who is an icon from Japan’s heavy metal scene; drummer MIZUKI who participated in a song featured in the Naruto franchise; and bassist Yuki Hirose and vocalist Maiko Nomura who are anime and video game voice actresses that have performed in bands at some of Japan’s biggest venues and festivals.‘Labyrinth’ is a powerful track with roots in loud rock and prog genres. Like all five tracks of the EP, ‘Labyrinth’ is produced by Mao and Steve Jacobs. Reflecting on the song’s message, the lyric video takes the viewer on a twisting and turning journey where “everything is starting to seem black and all upside down”.Debut EP First Utterance is out now to download and stream, and is also available on CD from Japanese rock specialists JPU Records.

1. Beginning Of The End

3. Welcome To Heavenly Secret Base