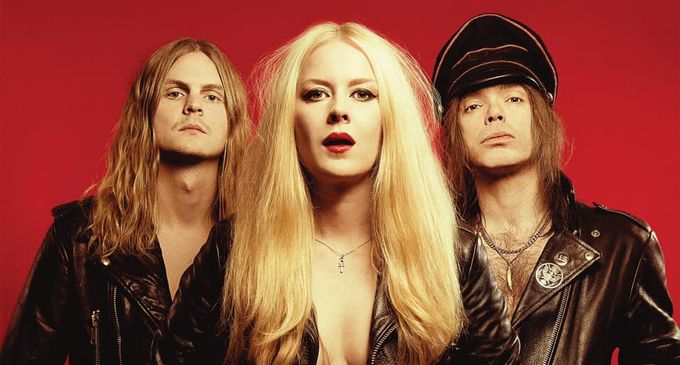 Heavy-rock band LUCIFER have just announced their third and final leg of their North American headline tour today. The band will hit the road starting on January 15th in Memphis, TN and ending on January 26th in Tampa, FL.

LUCIFER has been touring nonstop in support of their recent full-length album Lucifer II. The band recently wrapped a tour with The Hellacopters for select European shows in May and their first two North American headline tours. Additionally, the band has performed at festivals like Metal Days, Bukta Festival, and Beyond The Gates. They have previously performed at KISS Cruise, Psycho Las Vegas, Desertfest, Hellfest, Muskelrock, Sweden Rock, and Freak Valley.

The group, led by Johanna Sadonis and Nicke Andersson, celebrated massive success in 2018 with the release of Lucifer II, turning heads with their addictive Sabbath-ian hard rock. The album charted at #40 on the German charts, #1 on the Swedish vinyl and hard rock charts, and #2 on the physical album charts. The record is available on vinyl, CD and digitally HERE.

LUCIFER have commenced work on Lucifer III, which is set for release March 2020. Stay tuned for more details on the forthcoming release.