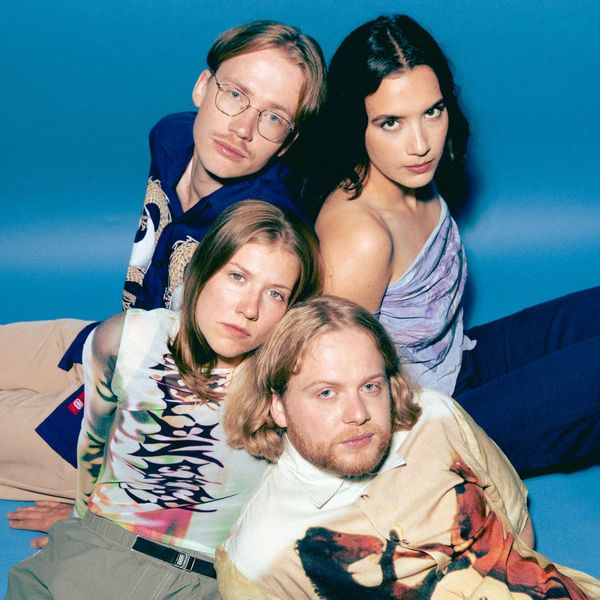 Superstar is set for release on April 29th via
Jansen Records

The release follows a string of successful singles, including album tracks ‘Bachtap’ & ‘Bubbly Cool Drink’, which introduced them as an act to watch in the alt-pop arena. Their debut album is scheduled for release on April 29th via independent label Jansen Records.

Recorded at Studio Paradiso in Oslo with long-time collaborator Marcus Forsgren, Superstar runs the gamut of emotions and moments of reflection on our fleeting experiences. On their new single, ‘For Hannah’, the band say:

“All the feelings and thoughts you hide from the other person in a relationship, where do they end up and what will they lead to? As life keeps on moving forward towards an uncertain future, you sit and wonder what your desires are in the midst of all the uncertainty.

These questions are the story told in this song: “Who will catch me if I fall? Will you run if things get too tough? What are your true, inner desires?” And until you get your answers you’ll sit down, observe the world around you and try to find as much comfort in the future unfolding before your eyes.”

Members Iver Armand Tandsether, Hannah Veslemøy Narvesen, Eskild Myrvoll and Bethany Forseth-Reichberg were forced to get creative when the pandemic hit, sidelining best-laid plans to flesh out some songs before heading into the studio together.

“Because of COVID regulations and the four of us living in two different cities, we changed the way we worked with the songs quite radically in the months leading up to the studio recording,” Narvesen says.

“We’ve always been very oriented towards the live performance of the songs, including when we compose them together in our rehearsal space. That way of working has led to some challenges when recording, as you end up listening to the songs in a different manner and might figure out you should have done everything differently.”

While others put their creative endeavours on hold, Mall Girl opted to try something different. Many of the songs on Superstar were tracks that the band regularly performed, but they wanted to seize the opportunity to evolve their sound even more.

“We actually ended up remotely composing big parts of the album, with everyone working from their own home studio and bouncing ideas back and forth,” Narvesen explains. “This was a very welcome change of workflow for us, and it led to us making some songs which probably wouldn’t have turned out that way had we been together in the same room.”

This experimental shift in their creative process led to the creation of songs bursting with infectious hooks, hypnotizing grooves and punchy lyrics. It brings all of the edginess from their previous releases, just through a slightly different lens.

“In many ways I think we’ve kept most of the spirit in the music, just the joy of playing together while exploring different genres and breaking conventions.”

As a whole, Superstar finds Mall Girl fully realised, with a fresh perspective that positions them as one of pop’s most intriguing new acts.