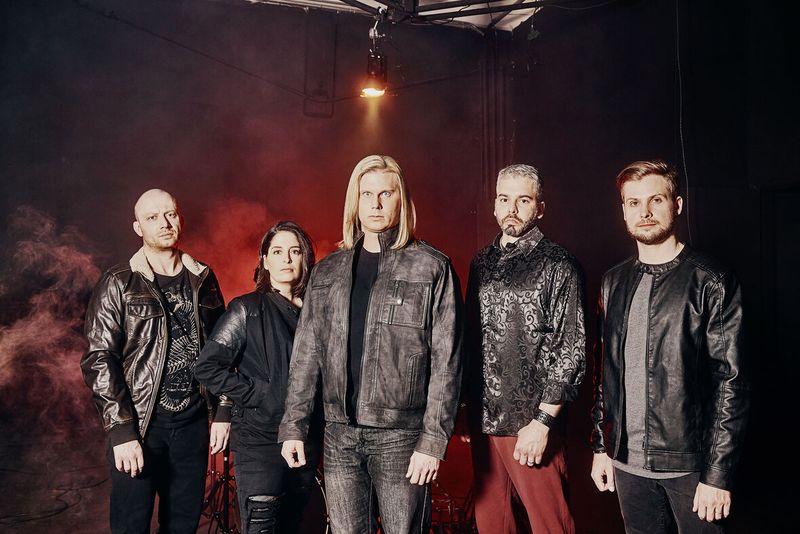 Boston heavy rockers MAMMOTHOR drop a brand new single “M.O.A.B.” fresh off
their latest full-length album, The Silence of Ecstasy… The Agony of Dreams, available now in CD format through retailer Bull Moose and later, on all major streaming platforms.

Mammothor has not let the pandemic stop their musical output. With a busy show schedule taking shape for 2022, including their first shows of the year with Drowning Pool, Ill Nino and Hed(PE) in March, the band spent most of 2020/2021 producing new material.

Mammothor entered The Halo Studio in Windham, ME to record with Kevin Billingslea (Lamb of God) and Chillhouse Studios in Charlestown, MA with Will Holland (Fall Out Boy) for tracking and tapped Zeuss (Rob Zombie, Hatebreed, Shadows Fall), at Planet Z in Hadley, MA to mix and master.

‘M.O.A.B.” is the opening track of the new album. Written by Josh Johnson (guitar) and Travis Lowell (vocals), the single will be launched worldwide on March 4th, on all major streaming platforms.

In an ironic twist, this song reflects on the state of war and nuclear annihilation, what then seemed hypothetical, now draws closer to reality. “M.O.A.B.” is a military term for “Mother Of All Bombs,” an army ordinance with incredible destructive power.

“This tune is reminiscent of the old school speed metal, the classic stuff, and draws inspiration from J. Robert Oppenheimer, the father of the atomic bomb, where we feature his voice on several segments of the song.”

Fire burns hospitals and schools / No peace, ’cause here there ain’t no rules

Warhorse is storming at the gate / Warhead, from death you can’t escape /Countdown, the Doomsday Clock strikes midnight / Holocaust is gonna take your life

The cloud is towering / Leaders, left cowering /For good men, Hell awaits / This is judgment day

Most people were silent

We don’t know why they tell their lies

Now I am become Death, the destroyer of worlds / I suppose we all thought that, one way or another…

The embers rise / The final scene / No chance to survive / M.O.A.B. / No hope to save your life

With nearly a decade of shows in the heavy metal/hard rock scene, Mammothor has toured and opened for heavy hitters MEGADETH, KORN, THREE DAYS GRACE, HED(PE), SALIVA, BUCKCHERRY, as well as 750,000+ streams on YouTube and current average of 27,000+ monthly listeners on Spotify.