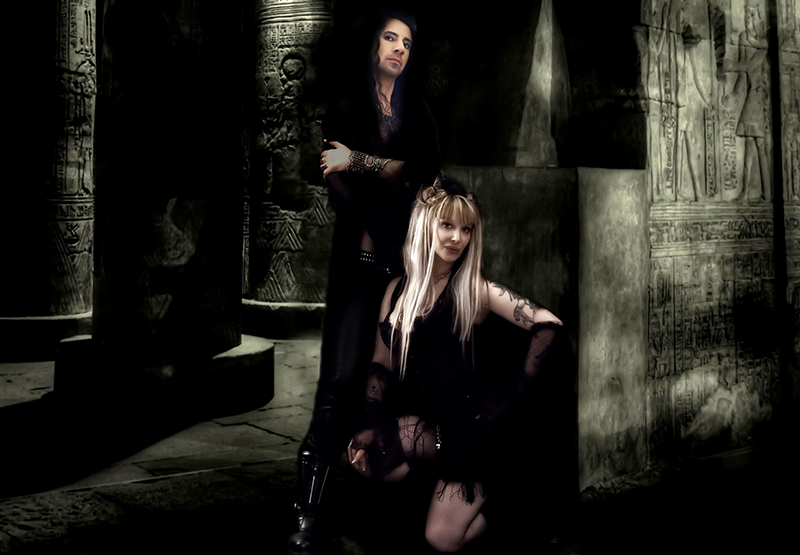 MANDRAGORA SCREAM – “Nothing But The Best” to be released in September

24 SEPTEMBER: MANDRAGORA SCREAM “NOTHING BUT THE BEST” CD Release

It’s with immense pleasure that Music for the Masses proudly announces the agreement that will lead to the release of the Greatest Hits of the legendary Italian Goth/Industrial Metallers MANDRAGORA SCREAM.

On the occasion of the twentieth discographic anniversary of Morgan Lacroix and Terry Horn’s band, September 24th will see the release of “Nothing But The Best”, with the addition of previously unreleased tracks like “Jeanne D’Arc” and “Spiritual leadin'” and of three new songs which will be part of the new full length, scheduled for the end of 2022.

The fist 100 copies of the album will come along with a celebratory poster (size 50×70).

The MANDRAGORA SCREAM project – dark-gothic-rock band – takes shape in 1997 from an idea of the band’s lead singer MORGAN LACROIX. In 1999 Morgan cuts a demo CD with four tracks, titled “PromoTrack99” at the NEW SIN studios in Italy.

In 2000, Morgan is introduced to singer, guitarist and composer Terry Horn. The result of this magical artistic union is the debut album “FAIRY TALES FROM HELL’S CAVES”, Published in 2001 by German independent label NUCLEAR BLAST/CAPIRANHA RECORDS.

Fairy Tales is definitely a concept album: a trip throughout the Dantean Hell, tormented by passion, anguish and insanity, where the character of Virgil is surprisingly replaced by an unusual bewitching vampire fairy.

In 2002 MANDRAGORA SCREAM release their second album “A Whisper of Dew”, by NUCLEAR BLAST. Once again a concept album, centred on the enthralling vampire story purposely written for the band by Julio Angel Olivares Merino, horror-gothic literature writer and ” English Philosophy ” Teacher at the Spanish “UNIVERSIDAD DE JAEN”. Drawing inspiration from this tale, Morgan has composed the entire album lyrics.

The two projects end up selling over 24.000 records on the whole and are received with stunning appraisal words from the critics, winning the consent of the greatest rock magazines worldwide.

METAL HAMMER April 2003: “A charming vampire concept story, composed by Spanish writer Julio Angel Olivares Merino represents the basis for the extraordinary ‘A Whisper of Dew’, second album by MandragorA ScreaM, one of the most appealing gothic bands who grew up in our peninsula…”

METAL SHOCK March 2003: “Fortified by the success of their debut album ‘Fairy Tales From Hell’s Caves’, both in terms of critics and audience, MandragorA ScreaM are finally back after two years of silence with their new ‘A Whisper of Dew’…..”.

ROCK SOUND March 2003: “Plunged deeply in their vampire world since ‘Fairy Tales Form Hell’s Caves’, MandragorM ScreaM are back on the scene to have themselves newly acclaimed. Their latest ‘Whisper of Dew’ is proposing

In May 2003 MandragorA ScreaM are on the road touring with Mortiis on the Smell Of Rain Europe Tour 2003 .

In the end of 2008, 2 new members are on MandragorA ScreaM Line Up, Furyo on Drums and Max River on Bass.

In 2009 the band sign a New Deal with new World Management Gatti Promotion Heavy Division, the new management is based in Italy, in November 2009 MandragorA ScreaM Release the new Album “Volturna” a great explosion Industrial/Gothic Album.

The new Management find two Important Deals, Volturna is Out in Italy with Lunatic Asylum/Self, and in the World with the important Label Massacre Records, finally

A fifth album, Luciferland, followed in 2012.

On the occasion of the band’s record anniversary (2001-2021) Music for the Masses releases the band’s Greatest hits entitled Nothing but the best, 17 tracks of which 3 unreleased tracks.