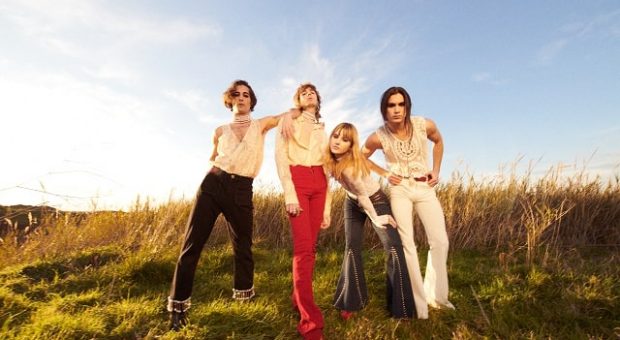 On May 13th, Italian rock band MANESKIN has released its brand new single, called “Supermodel“. The song will be played live for the very first time on the occasion of the gran finale of the Eurovision Song Contest in Turin, even that has seen the band winning the competion last year!

The song has been written by the band itself with the co-production by Rami Yacoub, Max Martin and Sly.

Talkin’ about this single, the band stated:

“We started to imagine an enigmatic Supermodel character. She is really cool, fun and social, yet in reality she is troubled, hiding sadness and addiction. In a way you love her, because she knows how to have a good time, but you also want to avoid her, because she might get you into trouble.”