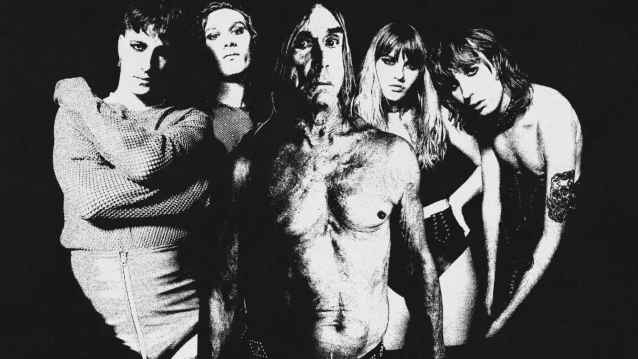 Italian rocker band MÅNESKIN has recently announced that the band has teamed up with Iggy Pop for a great collaboration on a new version of the single “I Wanna Be Your Slave“.

Listen to the single down below:

As stated earlier, Eurovision 2021 winners first teased the collaboration via a little video shared over their Instagram page, where the band has shown a sort of Zoom call with Iggy Pop himself.

Concerning this cooperation, the band stated:

“It was such an honor that Iggy loved our music and wanted to work with us. It was touching seeing him sing ‘I Wanna Be Your Slave’ live in front of us. It was very powerful to see such a big artist being so open and friendly. We all grew up listening to his music and he inspired us to start up a band. It’s still unbelievable for us that we had the chance to get to know him and make music together.”

“I Wanna Be Your Slave” is taken off the band’s latest effort, called “Teatro D’ira: Vol I”, which was released on March 19th 2021 via Sony Music.

“I Wanna Be Your Slave” was certified platinum in Italy.