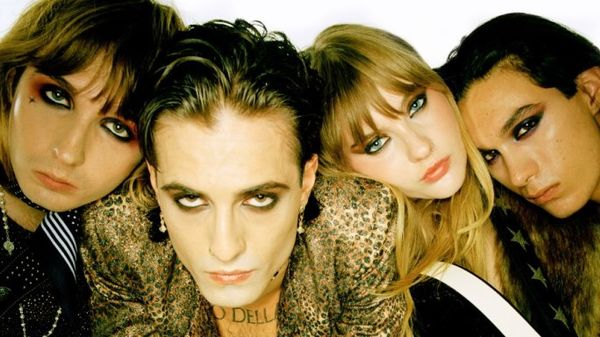 Watch the clip down below:

“We wrote ‘Supermodel’ after spending the best few months in LA. At times we were surprised yet intrigued to find how people cared so much about the idea of ‘celebrity’ and status, obsessing over their looks and connections.

At these parties, everyone was a fucking fashion icon. I was thinking, ‘How do they feel when they get home? Are they really happy? Are they really enjoying what they’re doing?’ You want to hang out with this supermodel, but you might get in trouble. It’s like cigarettes: you love them but you know they’re gonna fucking kill you. Still you’re like, ‘Whatever, I gotta die one day’”

The clip has been filmed in London and directed by Bedroom projects (The 1975) and Ben Chappell (Arctic Monkeys, Nine Inch Nails).

The band has paid its own tribute in the visuals taking inspiration by Quentin Tarantino and Alfred Hitchcock.