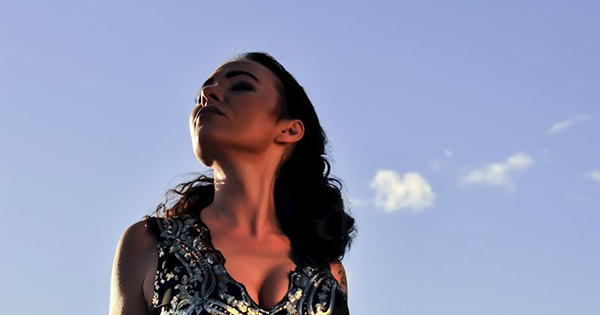 These words fully reflect “Marina Ammouri” both as a musician and artist, but also as a person in general. Marina has always gone her own way, which becomes noticeable when you listen to her compositions, the transmission of her lyrics and her universal personality and image. With the album “Dare to Be Happy” (2018), Marina debuted as a solo artist, an album that generated the award “BEST FEMALE ROCK ARTIST OF THE YEAR” (2018) at IMC AWARD in Hollywood, Los Angeles. At the same Award, she was also nominated for “Album of the year“.

With the new single “LATITA” which sees the light of day on 14/2, Marina clarifies what she wants to convey to her audience. “Latita, lets do what you want!“; To dare to give love and to be yourself in whatever you create and want to convey.

With “LATITA, Marina shows that she wants to remain genre-free with the music she creates, to dare to mix influences and write lyrics and music that comes straight from the heart. I think first and foremost good music and melody with a rewarding message. A song should not only be adapted to a special audience, it should be able to convey something regardless of who the listener is”.

Marina is available for interviews where she tells more about the song, the upcoming album, as well as a deep dive into her very exciting musical and artistic background.

Later the song been rewritten by Marina and Staffan Österlind who is also the producer.