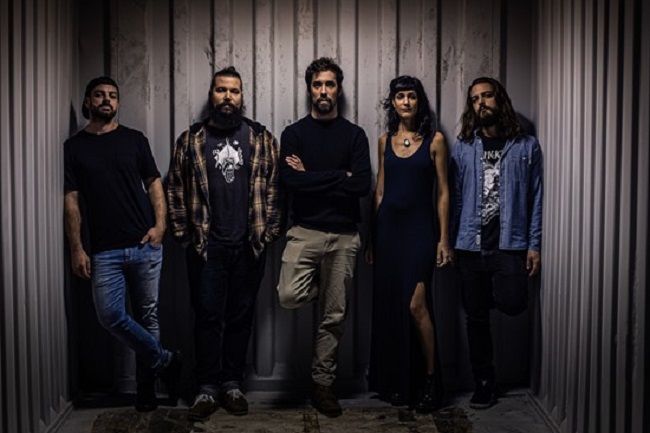 New EP ‘Inner Wars’ to be released on February 18th 2022 through all legal platforms on La Tangente Label.

About 4 years and a half after the release of its debut EP ‘Fullfilment’ (2017), French rock/post-rock/metal fusion five-piece Matrass just unveiled a brand new single + official music video called “The Tide”, available on 4K through YouTube and digital on the main legal platforms (Apple Music, Spotify, etc.). This new song will featured on the band’s sophomore EP, ‘Inner Wars’, to be digitally released on February 18th wth the help of La Tangente Label.

“The Tide” is about being present in the moment and about self-awareness. The Tide metaphorizes this coming and going between conscious presence and moments of “floating” in our lives.

This is what we tried to show in the video: the character is constantly being pulled down by the tide, which can represent the mind and the parasitic thoughts that prevent us from reaching this state of consciousness. Getting out of the water is a bit like getting out of the cave. We also staged the band members in containers as if to represent the interior of the self, our backgrounds and our stories, capable of holding us back from experiencing this kind of release!”

Buy/Stream the single on your favorite platform