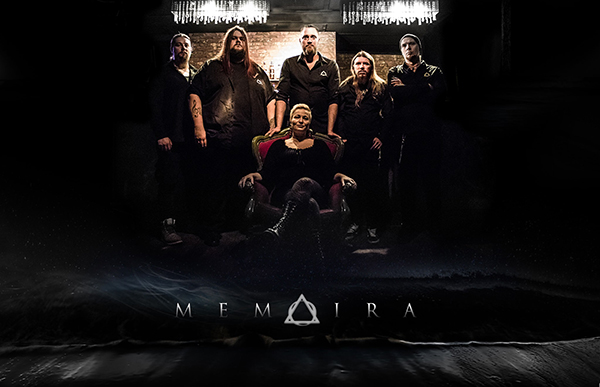 Memoira is set to release their third studio album ‘Carnival of Creation‘ on September 25th 2020 via Inverse Records. The band released a last single ‘Shooting Star‘ from the album and music video is available here: https://youtu.be/W9vp5K2jMxs

The band comments:
“During the writing process we approached Shooting Star in a very different way. Normally we write whatever comes to our mind but this time we had a good idea what we really needed. Short and simple with a catchy chorus. All it took was a simple melody and the song somehow wrote itself. It’s a story about getting older, reminiscing about your life and eventually moving on to greener pastures. One of the stand out songs on the album.”

MEMOIRA hails from Pori/Jyväskylä, Finland, playing symphonic/gothic metal. Already released two albums world wide (Memoira 2009 through Nightmare records and Memories, Tragedies, Masquerades 2012 as a self-release) and after a four-year hiatus, the band is releasing their third album Carnival Of Creation through Inverse Records.

MEMOIRA is known for it’s melancholic melodies and powerful guitar riffs, combining symphonic atmosphere with beautiful female vocals by Annika Jalkanen (FOR SELENA AND SIN). The guitars are handled by Hannu Lindholm (DARK TONE COMPANY) and the founding member Jani Puusa. The other founding member is behind the keyboards and piano, Lassi Nuolivaara. The lower end on bass is handled by Niko Laaksonen (RANDY RECKLESS, BLOWTORCH, RORSCHACH) and the drums are being handled by Matti Virtanen (DARK TONE COMPANY, CONCRETE WORDS, ANOMALY).