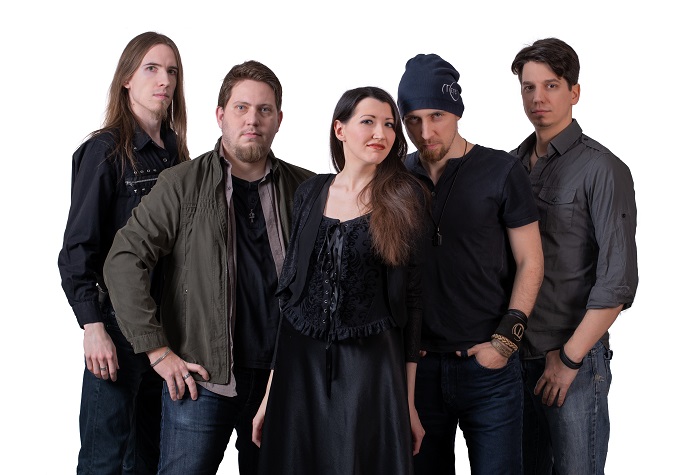 Atilla Király: “The song is about the circle of life, no matter who you are, in the Dance of Death we are the same. One of the first songs written for the third album, with Danse Macabre I had two goals in mind. Making a gothic waltz, and trying to win Chris Harms from Lord of the Lost to appear as a guest in it.

The latter was more like a dream, than a goal set in stone, but as it turned out Chris was interested in working with us on the song, and delivered the phenomenal level of vocals he always does. I don’t want to fanboy too much, but one of the best metal voices in my book doing a duett with Noémi on a Meteora song still feels insane. The hardest part for us was keeping quiet about it since December to be honest.

We had a good friend, Ádám Kurucz do guest solos on the album, this is his debut as well, with many more to come. The video itself is a creation of Dronicon Films, who worked with artists such as Katatonia and Swallow the Sun, and as soon as we saw their art style we knew it would be a perfect fit for our gothic dance.“