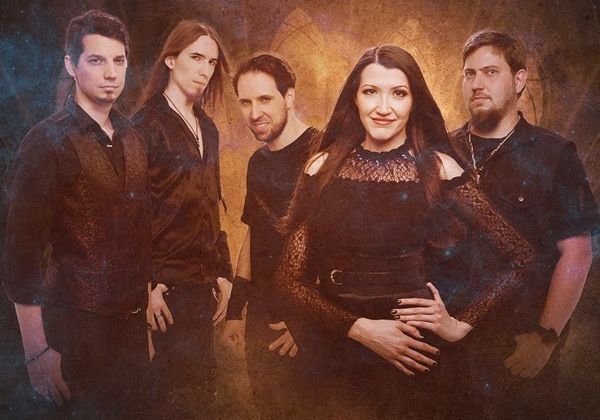 METEORA RELEASE MUSIC VIDEO FOR
“SLAVE OF CREATION”
New Album, ‘…of Shades and Colours’ Out Today – In Stores and Online

The song is taken from the band’s 3rd full-length album “…of Shades and Colours“, released today via H-Music.

“We proudly announce our third studio album ‘…of Shades and Colours’, being released early September this year! Featuring 13 tracks in total, including three orchestral intro songs, this album is our most ambitious record so far. Showcasing all the colours of the band we invite our listeners to a journey through power, gothic and death metal all wrapped in heavy orchestration.

We expanded on the three vocal setup that we started on ‘Tragedy of Delusion’, with Noémi being the heart and soul of the music, accompanied by the beastly growls of Máté, and powerful vocals of Atilla. As always the music incorporates grand choirs, delivered this time by KVVKamarakórus, led by the phenomenal Viktor Magyaróvári, and with whom you may be familiar from our re-released version of ‘Our Paradise’.

We had the pleasure to have Chris Harms from Lord of the Lost as a guest vocalist for the song ‘Danse Macabre’, and our old friend Ádám Kurucz playing the guitar solos on the album. As always the artwork of the album was made by our long time graphic designer, István Lajcsák”.

Bio:
The band started in 2010 playing covers of symphonic and gothic metal songs in the clubs of Budapest. The current line-up has been together since the debut album ‘Our Paradise’ in 2017. In 2019 the band signed to Hungarian record label Nail Records (later renamed H-Music), and had their second CD released in March 2020 with that month’s issue of Hammerworld magazine. As the global pandemic of COVID-19 made it impossible to play live music, they spent the time composing songs for their third record ‘…of Shades and Colours’ set to release early September in 2022.

Notable collaborations include the re-recording of the song ‘Our Paradise’ in 2021 with the growls of Jonathan Pellet (Rage of Light, ex-Dysrider), and ‘Danse Macabre’ in 2022 which featured Chris Harms (Lord of the Lost).