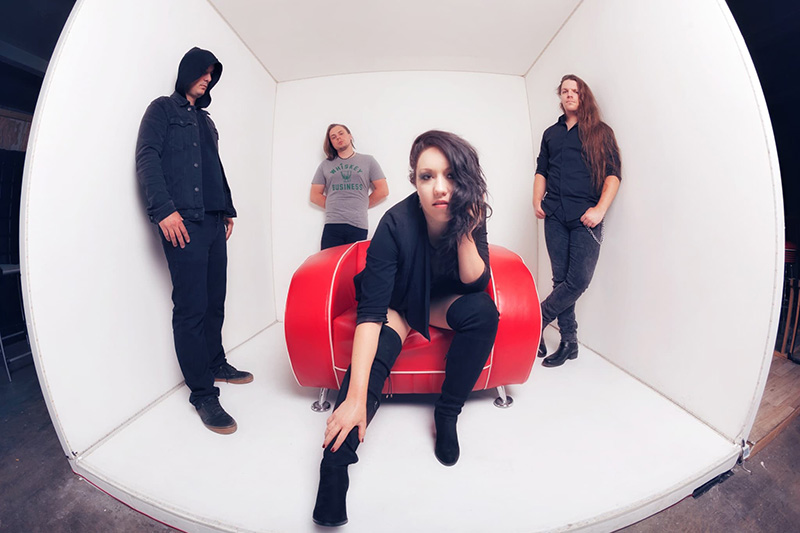 Female-fronted modern metallers  MEZMERIZED started their career in the summer of 2019. The band’s been working extremely hard since then and nothing proves this better than their great results and growing fan-base all around the world.

“This new chapter in the band’s life means a lot to us. “Rage“, our first single release via Blood Blast received some really good feedback, and it got fantastic placements on official playlists of digital streaming platforms. We’ve been dreaming about these things a lot, but the most important thing right now is to keep on working hard and keeping the momentum.”

Keeping true to their customs, the band just dropped one hell of a newsbomb: they invited Henrik “GG6” Englund Wilhelmsson of Amaranthe to do the growling duties for their upcoming single Cyanide, which will be released on July 10 with a lyric video.

“This is our heaviest and fastest song so far! The vocals of GG6  give this tune a special twist, because we don’t usually incorporate any male lead vocals or growls in Mezmerized. This song, however, was screaming for some brutal male vocal performance, and who would fit better for this job, than the Growler God of this genre’s leading Swedish band?”

Cyanide is also special, because it is going to be Mezmerized‘s last single before they drop their debut full length album ELECTROLYZE on September 18.

Mezmerized’s songs can be found on all major music streaming platforms: