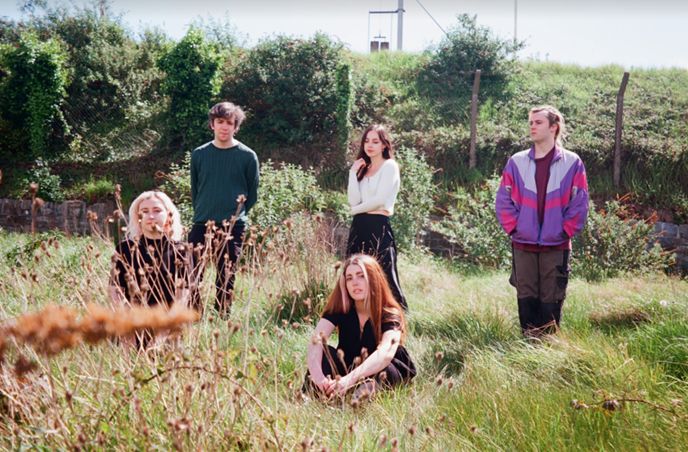 Based on Megan Nolan’s novel Acts of Desperation

Beginning 2022 with signing to live agency Candy-Artists (Dry Cleaning, Bodega, deep tan, Dream Wife, Protomartyr), and announcing they were handpicked by Shellac to support them in Ireland, today M(h)aol share an art house video for track ‘Desperation’, as well as announcing a headline show in London this summer.

Bassist Zoë Greenway is behind all of the band’s videos, and here she says, “The video is about finding power within and was inspired by the song lyrics. In keeping with this the video is almost entirely up to the viewer’s interpretation.”

Watch the video for ‘Desperation’ HERE

On the track itself, singer Róisín Nic Ghearailt says, “Desperation is about moving on with your life after the demise of a damaging relationship. It’s about the ways that we internalise critiques about ourselves and the impact that the words of others have on our concept of self. It is partly auto-biographical and partly inspired by Megan Nolan’s novel ‘Acts of Desperation’“

This follows singles ‘Gender Studies’, and ‘No One Ever Talks To Us’, both of which are taken from the critically acclaimed debut EP Gender Studies that came out at the end of last year via TULLE.

M(h)aol have played just a handful of live dates due to covid, so 2022 will see the 5 piece support the legendary Shellac, perform at the sold out Green Man and End Of The Road Festivals, play in Paris, and the Netherlands, and now, the band have confirmed a headline show at The Grace in London.

Debut EP Gender Studies is out now on streaming platforms and vinyl. The Dinked Edition version of the vinyl which was limited to 300 copies sold out in just 36 hours, with the demand for the standard version being more than they were planning to make. It was recorded in just 3 days due to their different locations, and covers topics such as violence against women, and the misogynistic music scene in Ireland and the UK.

Earlier in 2021 they released the single ‘Asking For It’ with an aim to dismantle the external and internal narratives that perpetuate the behaviours behind gender-based violence and victim-blaming. It was shared earlier than planned in light of the Sarah Everard murder, with all profits donated to Women’s Aid Ireland, a charity who aim to end domestic violence against women and children.