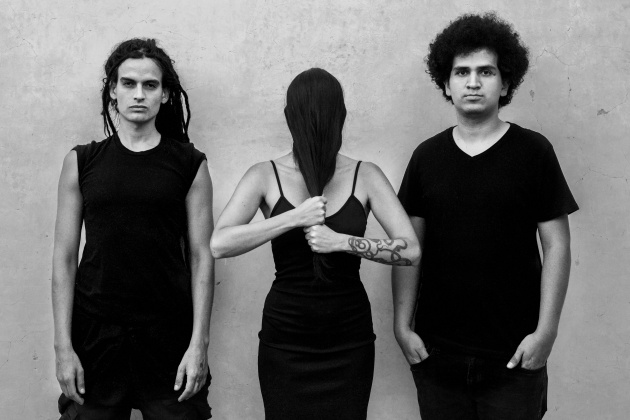 Ecuadorian avant-garde/tech death metal trio MINIPONY is gearing up for the release of the band’s highly anticipated sophomore album “AJNA“, which will be coming out on June 24th via Subsound Records. In support of the new record, the band has shared a brand new music video for the track “Song For Fiona”.

“Song for Fiona is the second single of our new album AJNA, it’s a super powerful and groovy song, it respects the aesthetics of our compositions on our first album quite a lot but you can already feel a bit of the evolution in the melodic aspect that we have experienced. In particular with the guitar riffs, always hammering but a little more movement.“

With 12 brand new tracks, “AJNA” presents an organic and engaging sound accompanied by a deep excursion in the melodic and rhythmic aspects with insane vocals. The result is already one of the most important productions in the South American metal circuit. Songs that lyrically touch on themes of respect for animal life and human unconsciousness represented in cynical metaphors, result in a deep and direct concept.

he album was recorded at Joe Duplantier’s Silver Cord Studio, mixed by Jamie Uertz and mastered by Johann Meyer (Gojira).

“AJNA” will be coming out on June 24th and you can get it here: