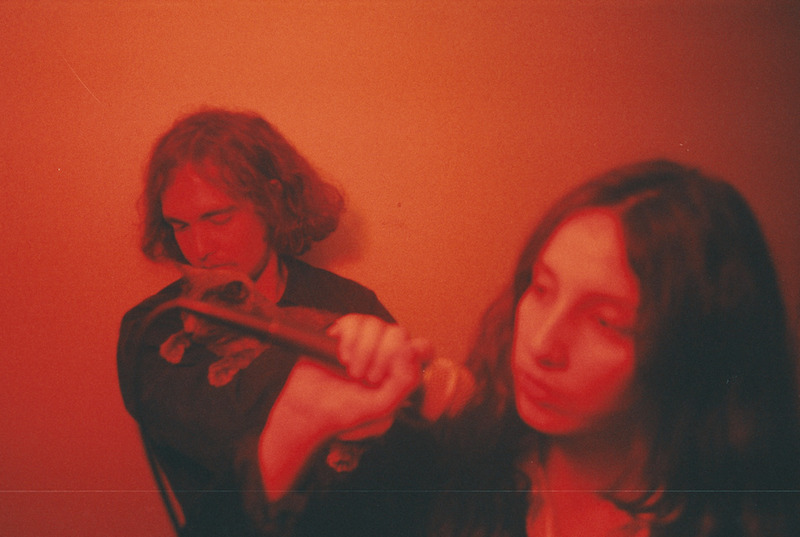 Originally from Tijuana, the now Mexico City based Mint Field are back with their reverb-heavy psych sounds. The band’s new album ‘Sentimiento Mundial‘ is set for release Sept 25th via Felte Records & their new single “Contingencia” is streaming online now.

Speaking about the track, the band said “‘Contingencia’ is one of the most energetic tracks from our upcoming album. A track about those times when we feel like we don’t have any other choice or way of doing things, and that sometimes we need to see the light that is in front of us. I really love this part that said “No puedes vivir ciega de lo que puedes ver”  (“You can’t live blind to what you can see”).”

Mint Field was originally formed in Tijuana by Estrella Sanchez and Amor Amezcua in 2015 and is now led by vocalist and guitarist Estrella del Sol with Sebastian Neyra on bass. The band creates a unique blend of avant pop that explores the nostalgia and melancholy of daily life with complex rhythms, loud, shimmering guitars, and softly sighing vocals. Emerging from the two most exciting destinations for art and music in Mexico, the band originally formed in Tijuana before relocating to Mexico City where they are now based.

Following the release of their debut album Pasar de las Luces in 2018, the band toured extensively, playing over 100 shows including dates in North America, Mexico, and two headline tours in Europe. Without skipping a beat, the band recorded the Mientras Esperas EP, releasing it in March 2019. With continued touring in the US, Canada, and Mexico, Mint Field closed the summer of 2019 with two sold-out shows in Mexico City.

The band quickly went on to record their second full-length, Sentimiento Mundial, in London at Wilton Way Studios with producer Syd Kemp and help from drummer Callum Brown (both of Ulrika Spacek). The album sees the evolution of the band’s psych-shoegaze sound shift toward a more minimal, rhythmically focused approach. “Natural” resumes Mint Field’s classic sound with a dreamy guitar that bursts into raucous distortion, elevated by the addition of violin, strings, and saxophone. This was achieved with the help of guest collaborators Cathy Lucas (Vanishing Twin) and Nathan Pigott, who along with Kemp are part of the HAHA Sounds Collective. The motorik beat of “Contingencia” sets a krautrock-inspired tone that’s taken to new heights with del Sol’s angelic voice. Hauntingly melodic, “Delicadeza” perfectly captures the band’s very own type of supernatural shoegaze. Sentimiento Mundial crystalizes Mint Field’s distinctive, contemporary sound with passion and energy that takes listeners to unimaginable places.