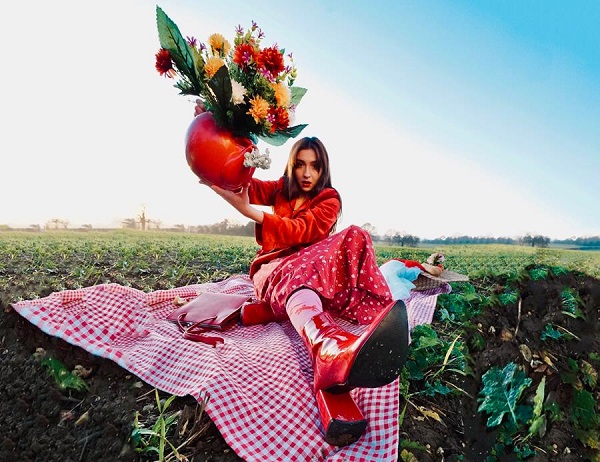 19 years old Molly Burman made a striking first impression with her debut single proper, “Fool Me With Flattery“, arriving as she did a fully formed prospect last month. Today, she follows up that significant promise with a further slice of empowering, woozy slacker-pop in “Everytime“.

Effortlessly melodic and gutsy, Molly has the following to say about the themes behind it:

“”Everytime” is about my sad excuse for a love life. I used to be so obsessed with dating and getting validation from guys, but they just kept ghosting me. It got to a point where I realised I needed to accept that I was going to be on my own for a while and might as well start loving my own company. It’s like a sort of love letter to myself, always there to remind me that I am enough and I am exactly what I want.”

“Everytime” is paired to a video from her friend and collaborator Harvey Frost, who created the setup in Brighton. It backs up the homespun, bedroom-pop feel to Molly‘s output, starting as it does from the bedroom at his home:

As well as her new single, Molly today also announces her first EP, “Fool Me With Flattery“, a collection of songs she has written over the last couple of years and recorded and co-produced at home alongside her father. It will be released August 20th via Prolifica Inc. In Molly’s words:

“These songs explore the themes of being deceived and disrespected and the EP follows my journey from craving acceptance from others, to finally accepting myself. I feel like I’ve grown a lot with this EP and I hope that others can relate to this journey too.”

Some people are drawn to songwriting, and some have simply never known to do any different.

Molly Burman grew up in an inherently musical family. With both parents gigging musicians, her Irish mother singing with Shane MacGowan of The Pogues and her father performing in bands alongside members of Bow Wow Wow and Sex Pistols.

Molly began prodigiously writing and recording music herself from her mid-teens, self-producing her own material and writing ever-personal lyrics that have been never anything less than an unflinching, honest take on her life at that point.

The “Fool Me With Flattery” EP, a surefire introduction to her sound, and will mark the first collection of songs to land from Molly later this year. Pandemic allowing, live shows will follow.