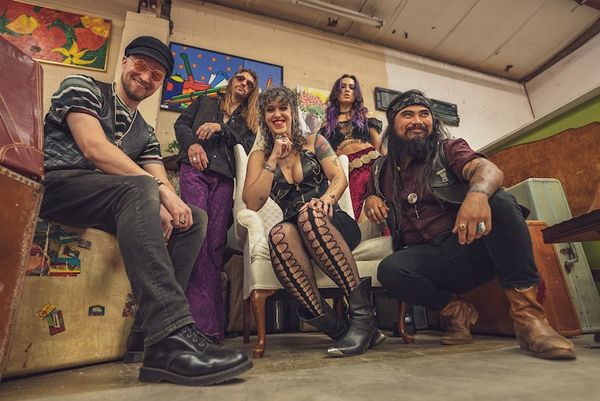 Thrilling hard rock with a psychedelic flair is the new offering from MOONLUST. The rock & roll outfit deliver a distortion-fueled, high-speed experience in the new single “Six Years“.

Thundering percussion, heavy fuzz and powerful vocals bring a party atmosphere with a punk edge. Inspired by HEART and FLEETWOOD MAC, MOONLUST also draw influence from the likes of BLACK SABBATH, COVEN, and THE DEVIL’S BLOOD. With a vintage vibe and charismatic sound, MOONLUST are a force to be reckoned with.

The band comments “Easy on the trim, y’all. It’s finally time to ravage your earholes. We hope you love our first single as much as we love all of you.”

About MOONLUST:
Initially forming in 2017 in Atlanta, GA, MOONLUST have undergone a number of line-up changes to reach their current form. “Six Years” begins the band’s new chapter, kicking off with a dynamic, high-energy track showcasing MOONLUST’s fiery sound.