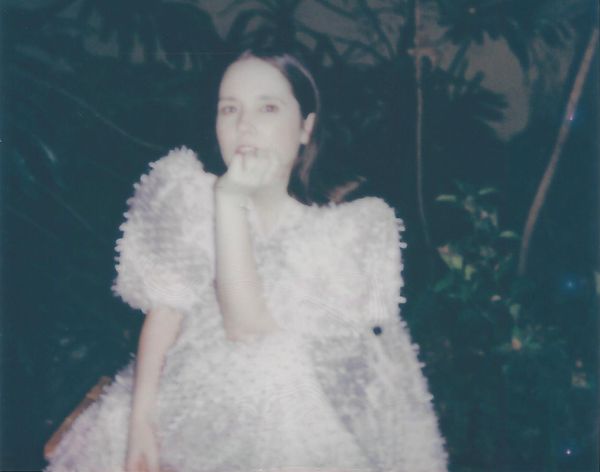 Mr Little Jeans (aka Monica Birkenes) has announced details for her long-awaited sophomore record, the follow-up to her acclaimed 2014 album Pocketknife.

The Norwegian musician will release Better Days on June 3 via Nettwerk Records – an album that is a testament to Birkenes’ strength as a songwriter and vocalist and dives into undoing the trauma and disgrace that life heaps upon each of us from a young age.

It’s a record about fighting to get through and the sunlight that awaits on the other side. The definitive document by a pop artist whose absence has been sorely felt, it’s a testament, an album defined by virtuosity and spirit.

The anthem of defiance showcases Birkenes’ driving melodies and appealing sense for rhythm: “Shiny feelings will expire/You used to give emotion/Now I’m only getting residue/And I have kept my mouth shut, but I’m tired/Of giving without getting back.”

The track also comes along with a hypnotic new video directed by Tracy Antonopoulos. “Monica’s visceral vocals draw the listener into a cinematic world which is built out and enhanced by dazzling production, and grounded in real, honest emotion,” notes Antonopoulos.

“With the video, I tried to bring this world to life: telling the story of a heroine being pushed to her limits, both physically and emotionally. ‘Lazy Love’ made the perfect soundtrack for that scenario.”

Mr Little Jeans adds, “I’ve been wanting to work with Tracy after seeing an Opening Ceremony video she filmed and her excellent Blood Orange video. Initially, I was gonna be featured a little more, but, due to my rapidly growing baby bump – I’m due with my first child soon – leading lady Morgan Quinn came to the rescue and jumped in!”

Better Days plays like a true emotional journey, with higher peaks and deeper valleys than Pocketknife. It arrives towards the tail end of a tumultuous few years in which her entire life was thrown into disarray, but, as ever, music offered a path back from the brink: a way to reinterpret the nightmares that had plagued Birkenes’ life and a way to reaffirm the creativity that’s always been a guiding light. The album’s title is a tonic — a reminder that, even in times of darkness, better days can be found.

Produced by a team of talent including longtime collaborators Drew McFadden and Leon Jean-Marie, alongside Tim Anderson (Banks, Halsey) and Aron Forbes (Billie Eilish, King Princess, Olivia Rodrigo), Better Days is altogether a more dynamic, more hair-raising record, complete with shuddering bass synth, ice-cold trap drums, and a surprising, enveloping sense of space. There’s a deftness to Mr Little Jeans that’s hard to find in a climate of stream bait and ungainly maximalism — an understanding of grace and grandeur, light and shade, of the foundational documents of indie-pop and chillwave that are often ignored.

“The record might come across darker as I’ve come more into my own,” Birkenes says. Better Days was a long time coming — Birkenes changed producers halfway through the process — but the final product bears no mark of its sometimes difficult process. “My main objective is always to make music I like, so it’s also probably gonna change slightly with what I’m inspired by at the moment.”

At its heart, though, Better Days burns with the clarity and power of acceptance. Poetic in its lyrics and gorgeously impressionistic, it’s a poppy song that’s charged with the kind of emotionality Birkenes is searching for throughout the record. “I’ve been away, but as of lately,” she sings, “I see that I’m the one to save me.” It’s the kind of song that cuts to the heart of Better Days, a bittersweet anthem of heartbreak and renewal that takes life as it comes, facing challenges with courage and might. “I like to acknowledge the darker side of things in my music, but ‘Better Days’ is cautiously optimistic,” Birkenes says. “It’s very much me through and through.”