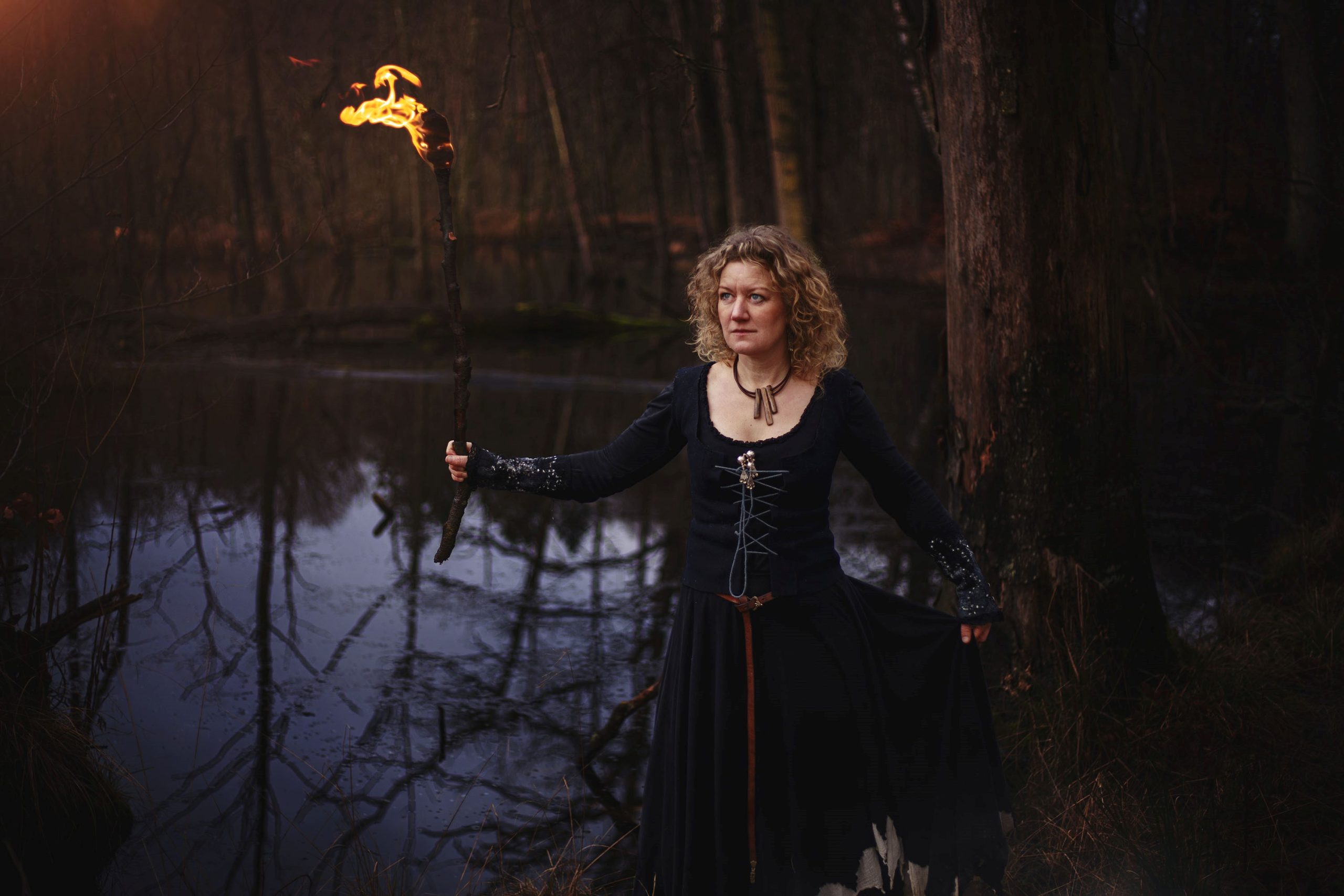 In “Lysbærer“, Nanna invites you into a hidden world between dark and light in nature and human nature, from misty underworld roots to ancient mountain calls, from scenic battle fields to meditative healing spells, with protection spells and words from the Edda.

The album title “Lysbærer“, which translates to “Carrier of light” is a reference to the celebration of the Sun and the Moon, lighting up the dark and changing seasons.

The circle of life and death connecting with nature and the nature in us humans. The dark and light theme is the main essence of the vision in this album and follows up with the theme of chaos and cosmos from Nanna’s previous single “Skelfr Yggdrasil” released in 2019.

Interpretation of Nordic folklore and mythology themes are one of Nanna’s signatures, expressed through her mesmerising and fascinating voice, that ranges from experimental old Nordic singing techniques to underworld growling and whispering.

Nanna Barslev comments on the album:

“Through the process of making this album, I’ve been diving into the melancholic roots and energies with a fire torch in my hand, searching in the dark for what could be healed.

I crossed all boundaries from what I thought I was capable of as an artist and put my feelings and soul in it. My wish is that the listener can relate to themes and feelings in this album and carefully be lead through the misty fields and the sunny meadows.“

“Lysbærer” was produced by Fieke van den Hurk (Eivør, TVINNA) in Dearworldstudio, the Netherlands. Together for “Lysbærer“, Fieke and Nanna have found a sound that reflects the heritage of Nanna’s previous projects, bringing together momentums ranging from Metal, distorted Folktronica, crispy sounds and heavy beats.

The album was mastered by Iver Sandøy (Enslaved, Ivar Bjørnson & Einar Selvik). It features guest appearances by the Dutch musician Lies Sommer (Ball noir) on the hurdy gurdy and harp.

Nanna comments about the song:

“I made this song as a kind of healing meditative song. Diving deep down into the core and letting the light work with the dark in the soul like detangling blockages. This theme is one of the main themes in the album “Lysbærer”.

“Sten” is dominated by layers of vocals like waves rolling in. The song touches the spectrum between paganism and Christianity back then and still current. It’s a theme I have been inspired from since childhood singing in church choir and searching for pagan beliefs. I composed the melody as I imagine a pagan circle song can be sung for a ceremony and combined with a medieval inspired choral that also has a ceremonial purpose”.