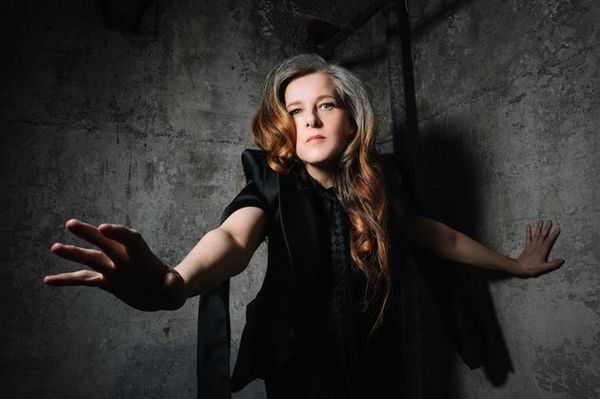 Tomorrow, August 20th, will be the 20th anniversary of the release of Neko Case’s seminal third solo album ‘Blacklisted.’ Considered a darker and more understated effort than her first two records, “‘Blacklisted’ is soaked to the bone in rueful wit, luxurious miserabilism, and morbid cold sweat,” said the Village Voice at the time.

While the record features stand out instrumental accompaniment from Giant Sand’s Howe Gelb, Neko’s long time pedal steel player & multi-instrumentalist Jon Rauhouse, Calexico’s Joey Burns and John Convertino, as well as Kelly Hogan and Mary Margaret O’Hara on backing vocals, Case’s voice is still its most compelling aspect. “Her opaque wail is more confident here than ever,” said Pitchfork. “[it is] dense with emotional heft and more richly expressive.” Listen to the album and order it on vinyl HERE.

Today Case is also releasing her performance of “I Wish I Was the Moon” from her first-ever official streaming performance entitled ‘Wild Creatures: Live From The Lung.’ Recorded from Neko’s home studio in Vermont, the event was first streamed for paid subscribers of her weekly Substack newsletter Entering The Lung.

Originally featured on ‘Blacklisted,’ this rendition of the song was recorded in Case’s home studio and features Paul Rigby (pedal steel), Carl Newman (guitar) and Luke Reynolds (bass). Watch the live performance of “I Wish I Was the Moon” below.

Watch “I Wish I Was the Moon” Live From The Lung: https://youtu.be/JbPD88elviY

Neko Case is also currently on tour with upcoming shows in Nashville, Boston and Philadelphia, as well as two shows in Alaska in mid-September. Courtney Marie Andrews, Sean Rowe, Disq and Bendigo Fletcher will be joining her. All upcoming dates are listed below.