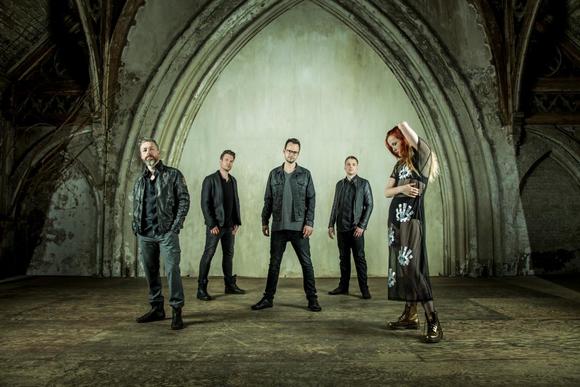 August 23rd will see Dutch alternative rock outfit Nemesea return with their forthcoming studio album on Napalm Records. Combining the finest rock licks with modern metal riffs and electronica to stir up a dark and strangely addictive brew – Nemesea have fine-tuned the musical combination to perfection on their fifth albumWhite Flag. The guitars and Sanne Mieloos outstanding vocals continue to be the driving force behind the band, which has several surefire hits up its sleeve and it’s impossible to not be enthralled by the all-encompassing balance between driving rock and soothing ballads. This record offers intense and soulful alternative rock complete with a subtle breath of goth and loudly demands the attention the band undoubtedly deserves. White Flagis a gem that reveals its many-splendored colors more and more each time you press play!

To shorten your wait for its official release, Nemesea have just unleashed a first, and surprisingly shocking single from White Flag! Listen to the track Kids with Guns HERE!

Says vocalist Sanne Mieloo about Kids with Guns: “Be the change you wanna see in this world. The world is full of people incapable of change. The song is about the struggle if you can be a change in this world? Throwing your middle finger in the sky and not giving a shit about our next generation. Then waking up in the morning, rolling off your yoga mat and praying for the children whilst wearing your cheap 2 dollar shirt with an inspirational quote and posting it on insta…”.

Guitarist HJ continues: “Fight or surrender? Probably a question raised daily all over the world and certainly applicable when it comes to Nemesea in many ways!”

White Flag is now available to pre-order via the Napalm Records store HERE!