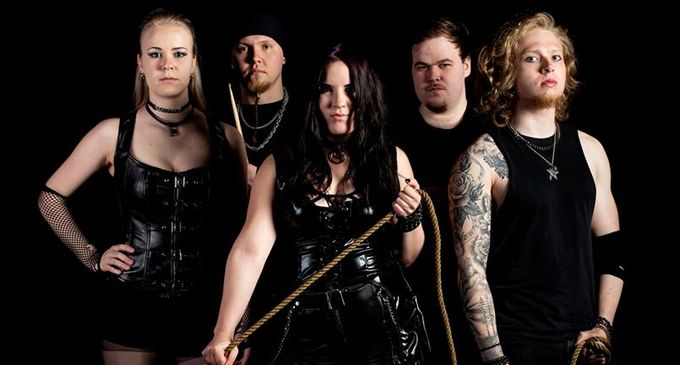 Nevicate, based in Joensuu, Finland, is a pop metal group whose nuanced music projects a great deal of musical features including modern EDM, classically orchestrated “drama-music” and dark, mystical Scandinavian atmospheres. Their brand-new single “Dewdrops” was released on the 26th of March and the song is currently available on all major streaming platforms.

“Dewdrops” is composed of a catalogue of down-tuned guitar riffs, multiple layers of orchestral arrangements, 80’s inspired synths and duet-like singing between melodious female voice and piercing male screaming. The flamboyant orchestral parts are brought to life by an ensemble choir of eight voices as well as an organic string section consisting of local super-talents. From start to finish you also get a compelling drum cadence backed up by tight guitar work and vivid synth sequences to balance up the soundscape. The beat guides the listener through some catchy melodic hooks, lightning-fast solos and a vast variety of emotions. From a lyrical perspective the song is a story of an inner struggle of a person searching for an escape from an unbearable situation.

So far Nevicate has released two music videos. The latter video, filmed for “The Surface”, was released in the fall 2019 and showcased the first features of the upcoming debut album, which is currently in the production phase. “Dewdrops” was produced by the band themselves with the aid of Erno Sallinen, mixed by Petri Pulli and mastered by Tony Lindgren (Opeth, Eluveitie, Billie Eilish, Dragonforce).

“Dewdrops” can be listened to via Spotify.