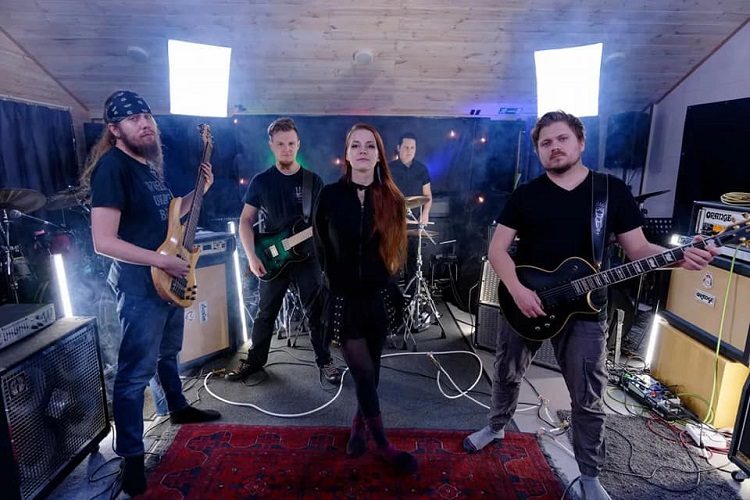 Helsinki based Progressive Melodic Metal band with Extreme Metal Influences NUMENTO has released second single from their upcoming second album to be releasedlater this year.

“Scarlet Haze is one of the first songs composed for the upcoming album. Being a bit different Numento song in terms of atmosphere and lyrics, it tells a story about suffocating and draining relationships. The lyrics were originally written for another song we made almost 10 years ago that was never published.

Thus, the story got another opportunity to be reincarnated with this passionate, highly melodic and a bit melancholic track with a lot of contrasts, as often in Numento music.”

The origin of Numento dates back to 2004. That year a few schoolmates from eastern Helsinki decided to start playing instruments. And of course before anyone had learned a single chord it felt mandatory to also form a band. A metal band.

During the following years the band changed its name a couple times. It wasn’t until late 2010 when the band decided to change its name for the last time. The name Numento was chosen after a long night.

The lineup has had few changes after that, but it was that time that the band started to find it’s own sound that you can still recognize in their music.