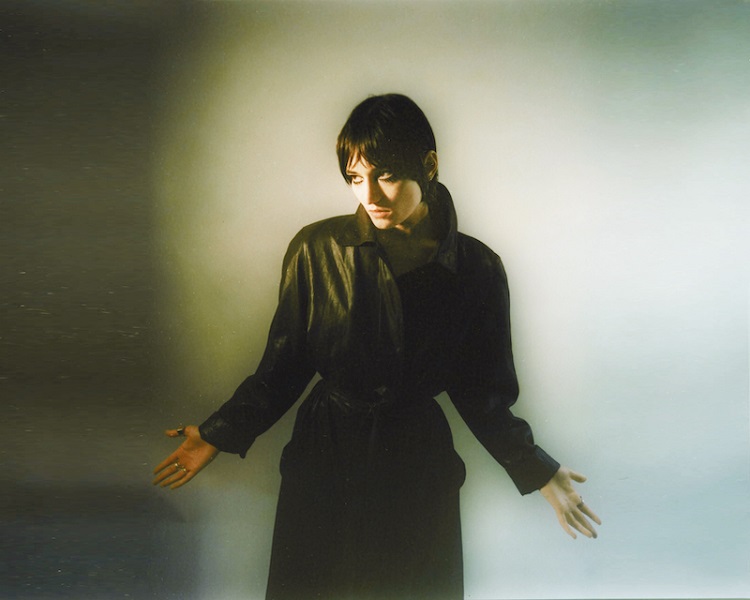 – Shares new single “When I Was Your Girl“
– Announces new EP ‘Who Upset You?‘ due June 24th via KRO Records

Having recently toured with Yves Tumor, New Zealand-born, London-based singer & songwriter October and the Eyes has announced her new EP ‘Who Upset You?‘ is set for release June 24th via KRO Records and is sharing new single & video “When I Was Your Girl”.

Speaking about the track, October said “‘When I Was Your Girl’ ruminates on my former love and life spent in our Queen Street, Auckland flat; Dancing on our dining table, playing music too loudly, filling the room with cigarette smoke and masking the scent with our favourite Curio Noir perfume ‘Tobacco Nights’. We would always host these big parties and subject everyone to The Kinks or The Rolling Stones or Jefferson Airplane with our best mate assigned as rock n roll DJ for the night. I remember feeling angry when writing this too – I felt bruised by the whole experience. But time is a great healer, and now I’m able to find peace in its nostalgia. I guess it’s a bitter sweet meditation on a love now lost but not forgotten.”

October is no new-comer to music, the New Zealand born musician has been involved in musical pursuits since she was a child. Heralding from a musical family, the prospect of pursuing music in one form or another was almost inescapable: A classical pianist mother, fanatic music fan father, and two older multi- instrumentalist brothers who were always holding their band practices in the family playroom. October’s childhood was that of a humble upbringing; having grown up in a small rural town in New Zealand’s wine country, she turned to songwriting as a means to stave the boredom away. She taught herself how to record and produce her own music aged 12, locking herself away in her bedroom for hours on end, and hasn’t looked back since. Claiming the internet raised her, it’s clear she had her sights set on broader horizons and bigger cities.

Having moved half way across the world to her new home in East London, October has remained true to her traditional isolated writing style by holing up in her East London flat for several months and writing a small collection of songs that can be described as dizzying, darkly kaleidoscopic, and dauntless above all. October describes her musical style as ‘collage-rock’ (not the be confused with college rock). Pulling musical inspiration from the likes of Bauhaus, Bowie, Siouxsie Sioux and Suicide, she then squeezes her influences through the gauze of modernity and electronics, thus creating something entirely of her own.

With nods to acid rock, psychobilly and post-punk, October and The Eyes’ music is equal parts nostalgia-drenched as it is future forward, employing layers of ambient synth drones to anchor the crunched guitars and jagged organ parts. Delivered with a twisted theatricality, her vocals pendulum between commanding chants and soothing coo’s, proving that not only is she a versatile songwriter and producer, but a versatile vocalist too.

October released her debut EP ‘Dogs and Gods’ in 2020 and will release the follow up with ‘Who Upset You?’ on June 24th via KRO Records.

Who Upset You? EP artwork: