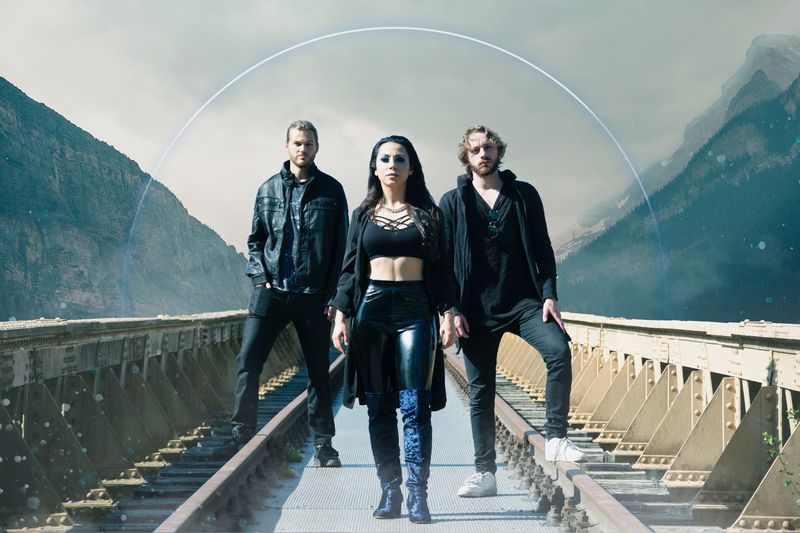 Frontiers Music srl is thrilled to announce the signing of metallers Phantom Elite to a multi album deal! The band is fronted by singer Marina La Torraca (Exit Eden, Avantasia [live vocalist]) and features songwriting and production from former After Forever guitarist and producer Sander Gommans. Sonically, Phantom Elite is a perfect combination of symphonic, progressive, and heavy metal.

Originating six years ago, the seeds of Phantom Elite sprang from Sander Gomman‘s HDK project. While releasing the HDK album “Serenades of the Netherworld“, Gommans brought together a group of young musicians with the intent of playing HDK‘s songs in a live setting. The natural chemistry among these passionate musicians wound up sparking a wealth of new and exciting musical ideas and Phantom Elite was born.

“With the backbone of a sure-fire label and its decades of history-making in the music business, we are proud to present the release of our next album in 2020“, says the band. “Impacting songs where modern meets symphonic and progressive, (very!) heavy riffs meet epic melodies, overloaded with a wide spectrum of emotions and love for music. For sure, a high note in our career!“

The debut album “Wasteland” (2018), and the accompanying well received tour of Europe, showed that Phantom Elite is ready to take flight.

The band’s Frontiers debut, and second album overall, is anticipated to be released sometime in 2020. Marina, Sander, Max van Esch (guitars), and Joeri Warmerdam (drums) are currently working hard to finish work on the album, but their main goal is celebrating their shared love for music.

For those not familiar with the band, you can watch their video for ‘Wasteland’ here: https://youtu.be/OT1uKmcP7Ng

Stay tuned for more news in the new year!