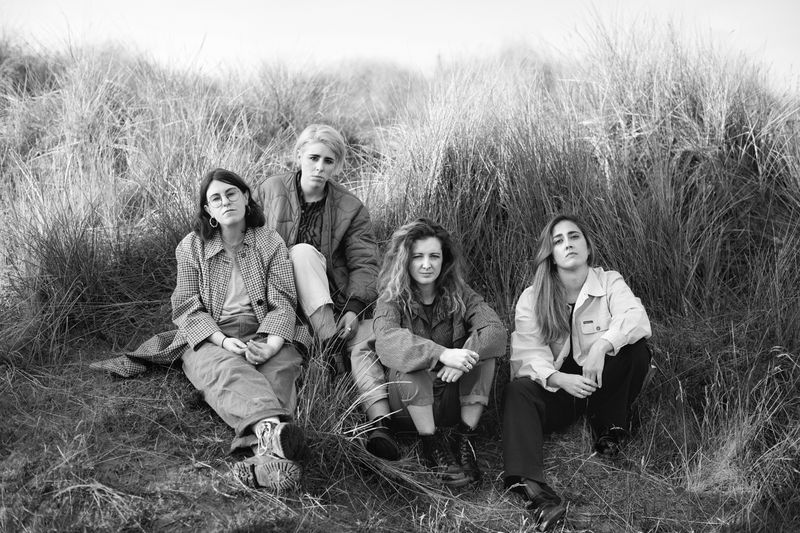 UK tour dates in May

Dublin’s Pillow Queens are getting set to release their sophomore album Leave The Light On, their first release on Royal Mountain Records (Wild Pink, Alvvays, US Girls), which is due out on April 1st, and today the band are sharing the album’s final pre-release single, a track called “No Good Woman.”

Preceded by the singles “Hearts & Minds” and “Be By Your Side“, which have seen praise from outlets like The Guardian, NPR, Stereogum, Consequence, BrooklynVegan, Uproxx, DIY and Clash who described “Hearts & Minds” as “Pillow Queens at their most out-going,” the single arrives at an exciting moment for the band who are about to make its debut on American shores.

The first shows will take place at SXSW (full details can be found below), before the band traces its way across the continent, with New York debut at Mercury Lounge recently selling out over a month in advance.

This song is one which is very narrative based, though not in a linear way. It’s written more from the perspective of someone looking upon the scenarios of those around them,” explains singer Pam Connolly. “It tries to convey a perpetual hopelessness of debt and striving for an ideal that can never be achieved. It’s pretty much a song about Sisyphus.”

Watch the video for “No Good Woman” below.

In support of the album the band will play a sold-out run of shows in Ireland, followed by their first ever US tour dates (including SXSW), as well as their biggest ever UK tour dates in May.

Full live routing can be found below, with tickets available here.